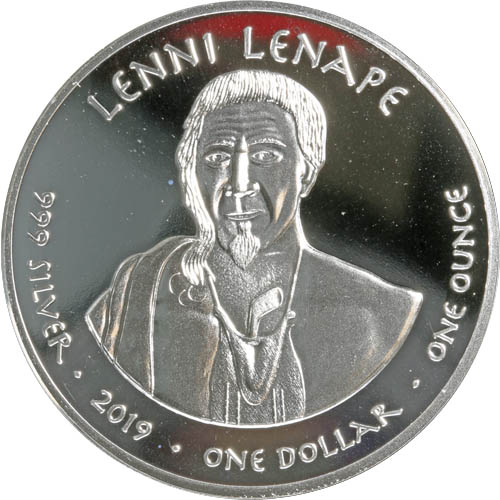 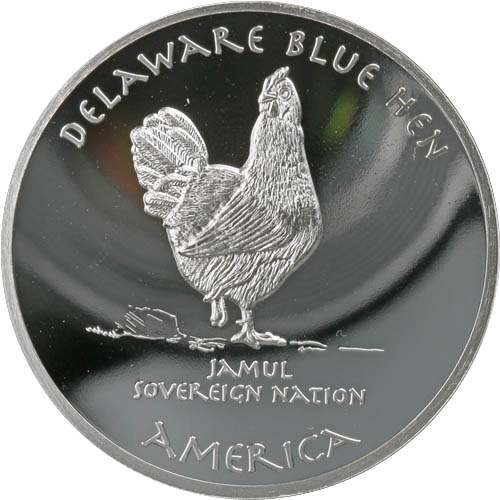 The Native American Mint’s Proof Silver Dollar Series is a unique collectible issue of silver coins. Each of the releases in this series represents a different state in the United States and the indigenous tribes that originally called those places home. Also included in each release is an animal species native to that particular area. Right now, 2019 1 oz Proof Delaware Lenni Lenape Blue Hen Silver Coins are available to purchase online from JM Bullion.

Each 2019 1 oz Proof Delaware Lenni Lenape Blue Hen Silver Coin in this product listing is individually packaged inside of a protective plastic capsule. The coins in this broad series are proof specimens with frosted designs and mirrored background fields.

Prior to European arrival along the eastern seaboard of North America, the Lenni Lenape people occupied one of the greatest swaths of land. Historically, these indigenous people occupied the woodlands of southeastern Canada down through the Delaware River watershed, New Jersey, eastern Pennsylvania, New York City, western Long Island, and the Lower Hudson Valley. Following the Revolutionary War and American independence, many of the Lenape people were forced into the Indian Territory that is now present-day Oklahoma.

On the obverse of 2019 1 oz Proof Delaware Lenni Lenape Blue Hen Silver Coins is a depiction of a member of the Lenape indigenous tribe. Today, the Lenape people are spread across three different jurisdictions, each outside their historical homelands. The largest concentration of the more than 16,000 members of the tribe is in Oklahoma. Other populations include those in Wisconsin and the Canadian province of Ontario.

The reverse face of 2019 Proof Delaware Lenni Lenape Blue Hen Silver Coins includes a depiction of a species of chicken known as the Delaware Blue Hen. Not technically recognized as a chicken breed, the Blue Hen is a strain of the American gamecock and was adopted as the state bird of Delaware in 1939.