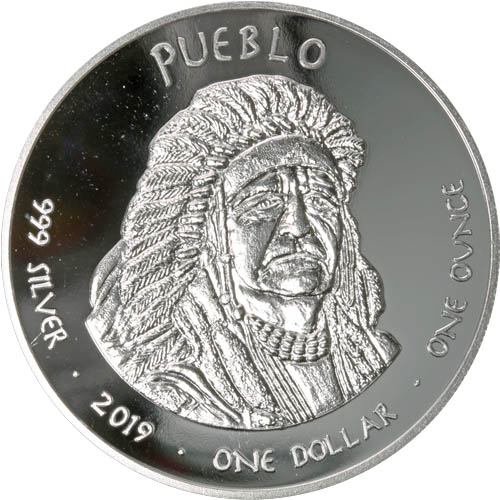 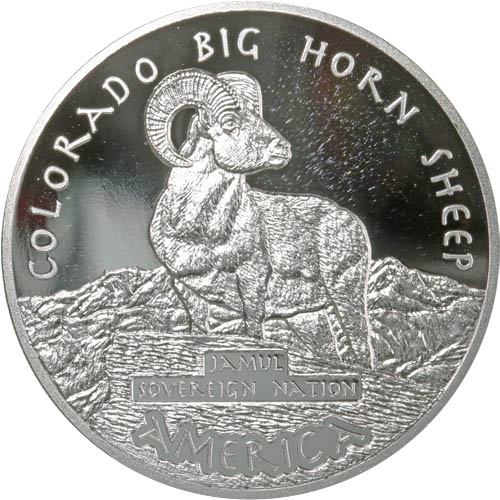 One of the oldest indigenous tribes in North America are the Puebloans. Pueblo people were so-named by Spanish explorers in the 16th century when conquistadors encountered the massive villages built by Pueblo cultures, with the Spanish word for villages being “pueblo.” Now, 2019 1 oz Proof Colorado Pueblo Bighorn Silver Coins are available to you for purchase online from JM Bullion.

Puebloan culture is one of the oldest in the United States and was one of the most developed in the pre-Columbian New World. Ancestral Puebloans were one of four major prehistoric cultures in the American Southwest. While Puebloans traditionally inhabited the Four Corners area in the modern US states of Utah, Arizona, Colorado, and New Mexico, related culture groups inhabited central Arizona, southern New Mexico, and large portions of the Mexican states of Sonora and Chihuahua.

In southwestern Colorado, Pueblo history is broken down into three distinct periods of time. Pueblo I refers to the first construction of stone buildings arranged in communities with U, E, and L shapes to the structures. This ran from 750 AD to 900 AD. Pueblo III was one of the last significant bursts in Pueblo culture with the population of Puebloans merging into large communities with 20,000 people living in Colorado’s Mesa Verde region.

On the obverse of 2019 1 oz Proof Colorado Pueblo Bighorn Silver Coins is the portrait of a member of the Pueblo culture. Following 1300 AD, the Puebloan people began to leave the northern reaches of the Four Corners as climate change and food shortages pushed people further south and east into Arizona and New Mexico.

The reverse of 2019 Proof Colorado Pueblo Bighorn Silver Coins includes the depiction of a bighorn sheep. The bighorn sheep species found its way to North America from Siberia using the Bering land bridge thousands of years ago. Once numbering in the millions, today bighorn sheep number just several thousand in the wild as a result of diseases and overhunting.

These 2019 1 oz Proof Colorado Pueblo Bighorn Silver Coins are available to purchase as proof specimens with frosted designs and mirrored background fields. These coins are available individually inside of protective plastic capsules.

We encourage JM Bullion customers to call us at 800-276-6508 with questions when buying silver. You can also connect with us online using our live chat and our email address.