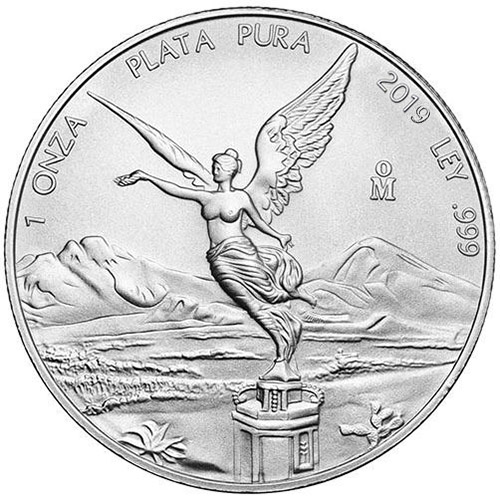 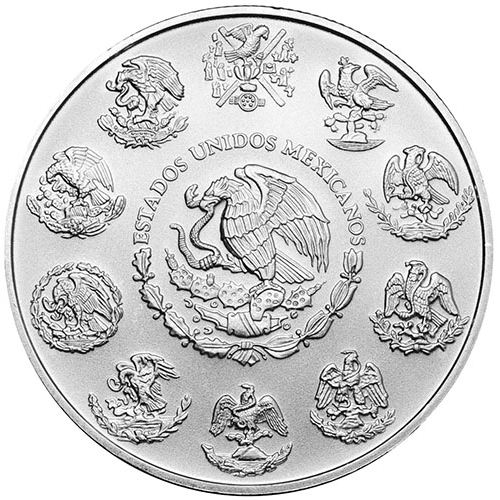 The main staple of the Mexican Silver Libertad collection since 1982, the 1 oz silver coin in the series has sold the most units over the nearly four decades of availability for the collection. Though it has been joined by six other available weights since its introduction, the 1 oz coin often outpaces the other coins in sales. The 2019 1 oz Mexican Silver Libertad Coin is currently available to you online for purchase from JM Bullion.

Mexican Silver Libertad coins were first issued in 1982 by the Mexican Mint with only these 1 oz coins available. By 1991, the Mexican Mint introduced fractional weights to the collection that included 1/2 oz, 1/4 oz, 1/10 oz, and 1/20 oz coins. The 1996 issue included new 2 oz and 5 oz silver coins as well.

The Silver Libertad coin is unique among other bullion coins in the precious metals market because it does not have a marked denomination issued by the Mexican Mint. The coins are available with the backing of Banco de Mexico, but the coins have a floating face value. Were the coins actually used in commercial transactions, the user would need to contact Banco de Mexico for the current value of the coin.

On the obverse of 2019 Mexican Silver Libertad Coins is the coat of arms of Mexico. Unlike its fractional-weight counterparts, the 1 oz Silver Libertad features the modern coat of arms design in the center with a ring of 10 historic versions of the design used over the past two centuries.

The reverse side of 2019 1 oz Mexican Silver Libertads features the image of Winged Victory as depicted on the Mexican Independence Victory Column. Winged Victorys image has existed since the 1820s when Mexico successfully fought a war of independence against Spain. Her figure was erected on a statue in Mexico City in 1921 to commemorate 100 years of independence and was also issued that same year on a gold coin.

All 1 oz Mexican Silver Libertad coins in this listing come in Brilliant Uncirculated condition. The coins are issued by the Mexican Mint in either individual protective packaging, mint tubes of 25 coins, or inside of sealed bags of 450 coins.

We encourage you to contact JM Bullion with any questions you have about silver for sale. You can call us at 800-276-6508, chat with us live online, or send us an email with your inquiries.