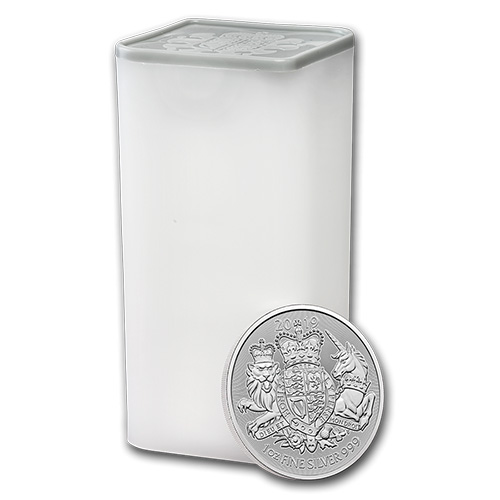 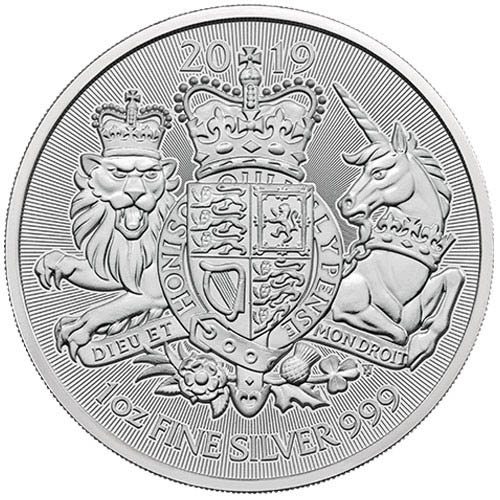 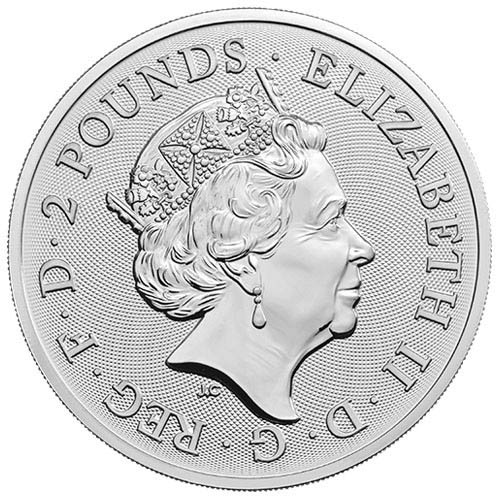 Buy 24 coins at $1.99 over spot per coin and get the 25th FREE, courtesy of JM Bullion! Limited quantities available.

Well do that math for you with a quick example using a spot price of $15.00:

The Royal Mint of England introduced the brilliant coins in the British Silver Royal Arms collection in 2019 with a stunning version of the modern Royal Arms of the United Kingdom. Carried by Queen Elizabeth II, the longest-reigning monarch in Englands history, the Royal Arms are a symbol of the kingdom and nation around the world. Today, 2019 1 oz British Silver Royal Arms Coins are available to you in a special bulk option from JM Bullion.

All 2019 1 oz British Silver Royal Arms Coins in this listing come to you inside a mint tube of 25 coins. In this special product listing, JM Bullion offers you unique pricing that allows you to purchase 25 of the 2019 1 oz British Silver Royal Arms Coins for the price of 24. Your tube will arrive with 25 individual coins inside, but youll pay the price for 24 coins instead, giving you one free coin with purchase!

On the reverse of 2019 British Silver Royal Arms Coins is a detailed design of the Royal Arms. This seal represents the United Kingdom and includes a quartered shield with the symbols of the member nations. The upper-left quadrant houses the Three Lions of England. The upper-right quadrant has the rampant Lion of Scotland. The lower-left field houses the Harp of Ireland to represent Northern Ireland, while the lower-right again features the Three Lions of England.

The crowned shield is supported on either side by the most important heraldic beasts in the history of the crown. The Lion of England is depicted to the left of the shield, which since 1603 has been accompanied on the right by the Unicorn of Scotland. King James I of England, previously King James VI of Scotland, unified the thrones of the two nations under one person and brought the Unicorn of Scotland into the Royal Arms.

On the obverse of 2019 1 oz British Silver Royal Arms Coins is the fifth-generation portrait of Queen Elizabeth II. Her Majesty is depicted here in right-profile relief in a design from Jody Clark.

Dont miss this limited opportunity to purchase 25 of these silver coins for the price of 24. If you have questions, call JM Bullion at 800-276-6508, chat with us live online, or email us directly.