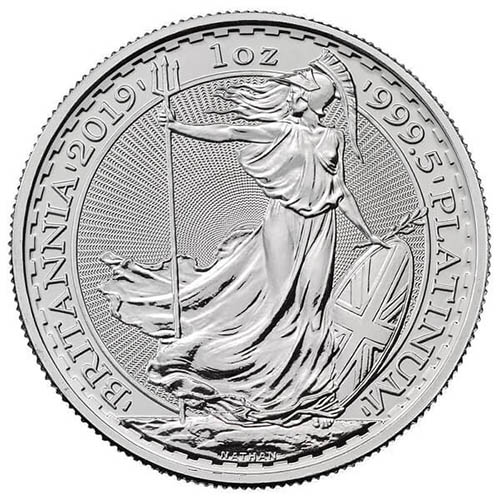 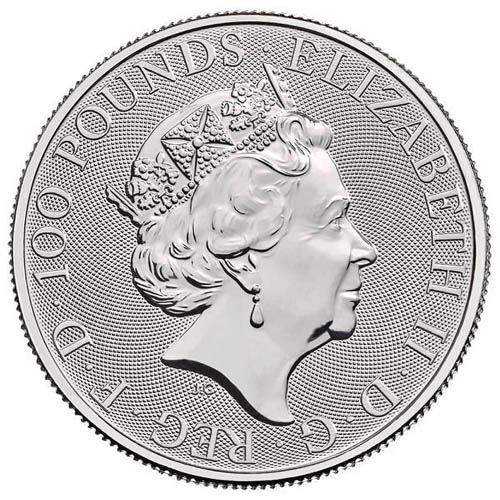 The image of Britannia first appeared on coinage circulating on the British Isles during the reign of the Roman emperor Hadrian more than 2,000 years ago. Since 1672, every monarch in Britain following Charles II has issued coinage with an image of Britannia. Right now, 2019 1 oz British Platinum Britannia Coins are available to purchase online from JM Bullion.

Each of these 2019 1 oz British Platinum Britannia Coins is available to you for purchase in Brilliant Uncirculated condition. These BU coins are available to you individually in protective capsules, in groups of 10 with mint tubes, and multiples of 100 coins in Monster Boxes that contain 10 tubes of 10 coins.

On the reverse of the 2019 1 oz British Platinum Britannia Coin is the design of Britannia created by Philip Nathan in 1987 for the gold version of the coin. Britannia’s image is one of unity and strength for the British people. She first appeared on coins during the reign of Hadrian following the Roman Empire’s successful conquest of the British Isles 2,000 years ago.

As the Romans conquered provinces throughout Europe, female personifications were assigned to those regions to promote unity within the empire and make identification of regions easier. By 1672 and the reign of King Charles II of England, the image of Britannia had returned to British coins and remains there to this day on these bullion platinum coins.

The obverse of 2019 1 oz British Platinum Britannia Coins includes the right-profile portrait of Queen Elizabeth II. This is the fifth-generation design from Jody Clark and debuted on Royal Mint coins starting in 2016.

If you have any questions about these platinum coins, please contact JM Bullion. Our customer service team is available to you at 800-276-6508, online using our live chat, and via our email address.