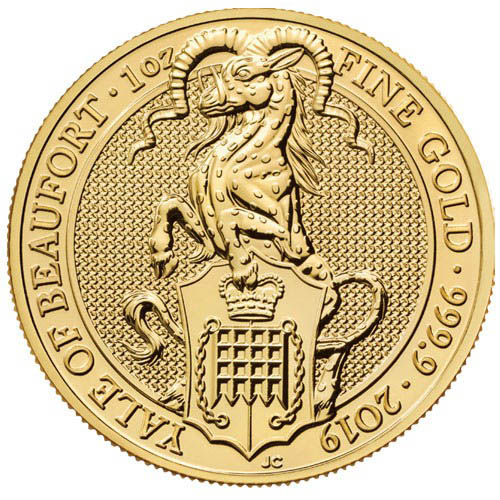 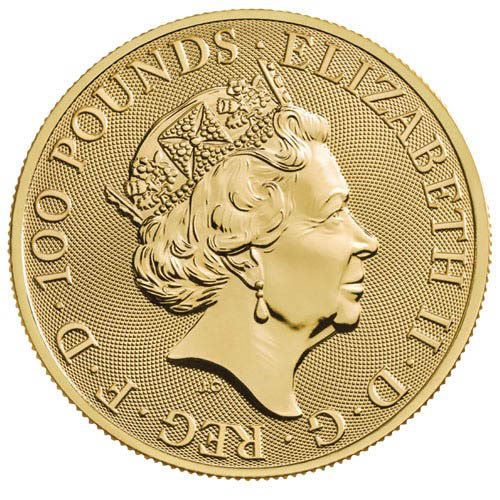 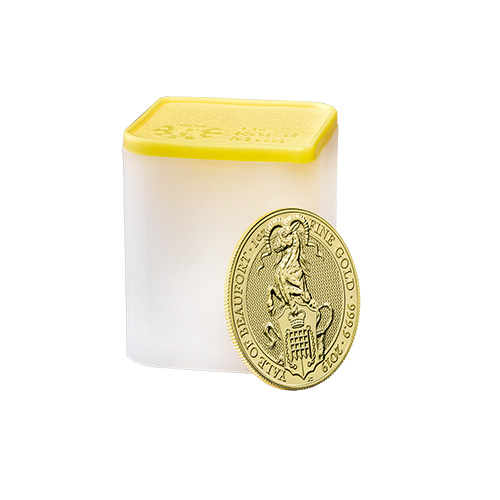 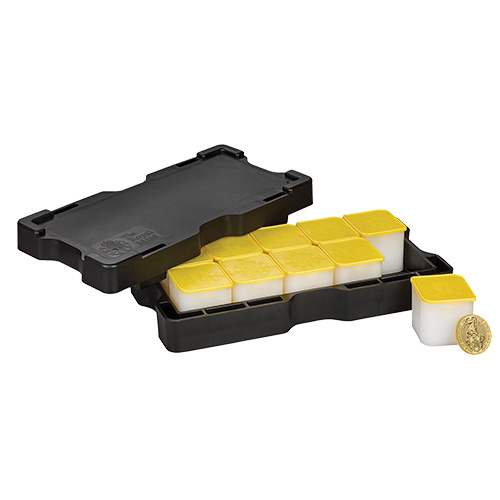 The Queen’s Beast Series from the Royal Mint of England offers investors and collectors with 10 different designs to choose from when they buy gold. There is no randomness to the designs chosen by the Royal Mint. Instead, each one represents a heraldic beast from British history that was present in the form of a wooden sculpture at the 1953 coronation of Queen Elizabeth II. The 2019 1 oz British Gold Queen’s Beast Yale of Beaufort Coin is currently available to you for purchase online from JM Bullion.

The reverse face of 2019 1 oz British Gold Queen’s Beast Yale of Beaufort Coins includes the symbol of Lady Margaret Beaufort. The Yale is a mythical beast that is most commonly depicted as an antelope or goat in British mythical history. The design used on these coins includes the blue-and-white quarters of Lady Margaret and the golden portcullis at the center. The latter was a badge used by her son, King Henry VII.

In an important note to this series, the golden portcullis is a part of the arms of the Westminster City Council. The city is home to Westminster Abbey, the location of Queen Elizabeth II’s 1953 coronation.

On the obverse of 2019 British Gold Queen’s Beast Yale of Beaufort Coins is the image of Her Majesty in right-profile relief. Wearing the Royal Diadem crown on her head, Elizabeth II’s fifth-generation portrait showcases her face at the age of 89.

The 2019 Gold Queen’s Beast Yale of Beaufort is available to you in Brilliant Uncirculated condition. Coins in this series ship individually in protective packaging, tubes of 10 coins, or Monster Boxes of 100 coins with 10 tubes in the box.

Anthony from - May 24, 2019
"Got this 1 too when they were on sale. They lasted quite longer than the falcons. My 1st 1oz gold coins, and I must say that I\'m thrill with my purchase. Took a while to ship, but these babies are simply stunning. So much more artistry than a gold eagle or maple leaf. Thank you JMB!"