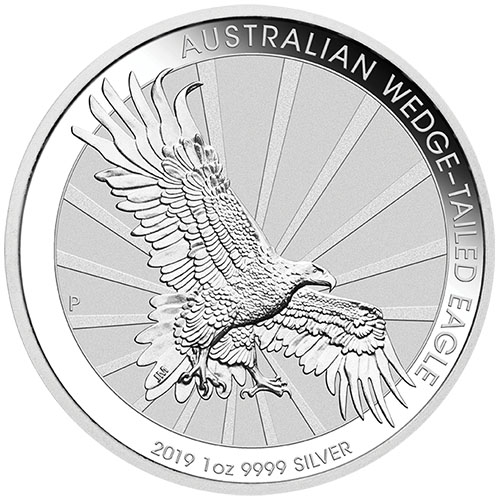 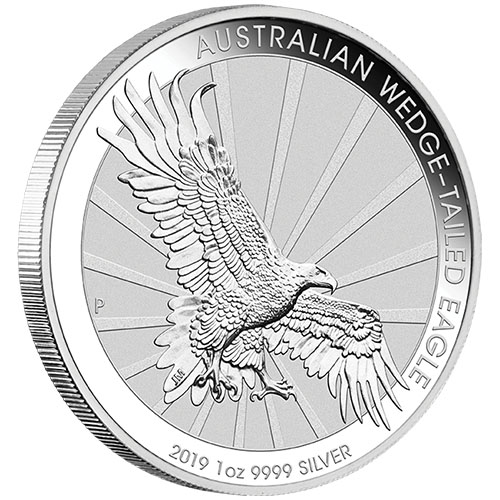 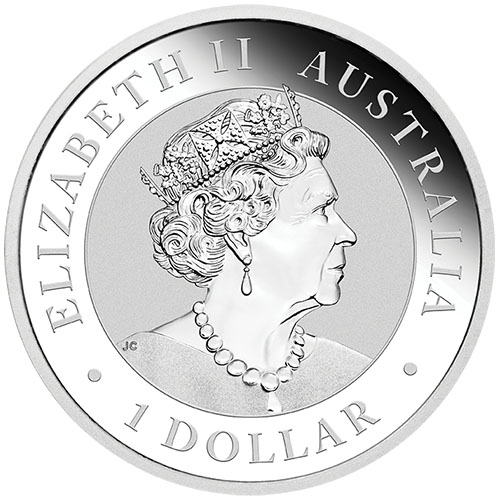 On the obverse of 2019 Australian Silver Wedge Tail Eagle Coin is the latest sixth-generation effigy of Queen Elizabeth II to feature on Australian coins. Based on Jody Clark’s 2015 design for the Royal Mint of England, this portrait captures the Queen in right-profile relief wearing the Royal Diadem crown. Unlike British coins, this new design includes the Queen’s neck and shoulder line visible.

The reverse of 2019 1 oz Australian Silver Wedge Tail Eagle Coins features a new design of the Wedge Tail Eagle species. This year’s design captures this magnificent bird in flight with its wings spread to the maximum span of more than 8 feet as it prepares to swoop down on its prey. The design again comes from John Mercanti, the former Chief Engraver of the United States Mint whose design portfolio includes the heraldic eagle of the United States on the American Silver Eagle and the Statue of Liberty on the American Platinum Eagle.

Please don’t hesitate to reach out to JM Bullion if you have questions. You can call us on the phone at 800-276-6508, chat with us live online, or simply email us.

Raymond from NY - March 16, 2020
"Beautiful coin, the Perth mint puts them all to shame. Limited mintage, thanks, JM "