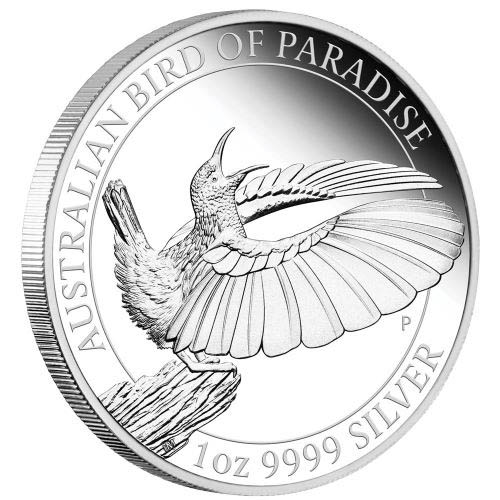 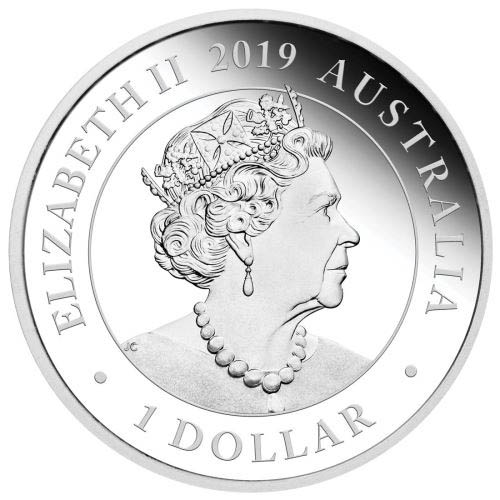 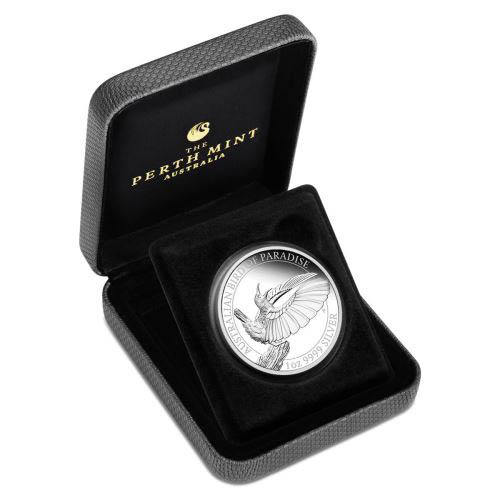 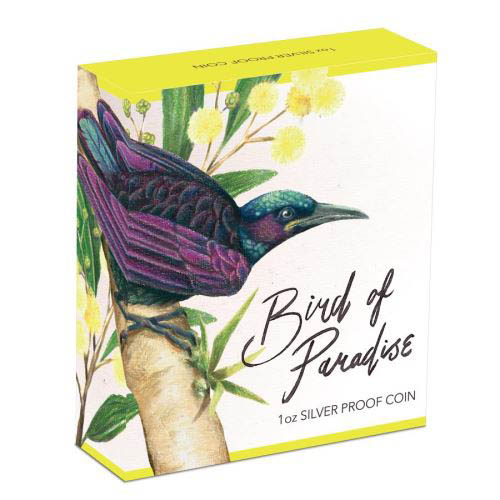 The Bird of Paradise Series debuted from the Perth Mint in 2018 with the image of Victorias riflebird. The popular design from the initial bullion release is now available with a 2019 date mark as a proof silver coin for sale as well. Right now, 2019 1 oz Australian Proof Silver Bird of Paradise Coins are available to purchase online from JM Bullion.

Each 2019 1 oz Australian Proof Silver Bird of Paradise Coin is individually housed inside of a classic grey display case from the Perth Mint. The case is housed inside of a brilliantly colorized Bird of Paradise shipper box that includes an image of the Victorias riflebird on the shipper. The coins also come with an individually numbered Certificate of Authenticity.

The Bird of Paradise is actually a family of birds consisting of 42 species in 15 genera that are commonly found through the region around New Guinea. The Victorias riflebird, as named for Queen Victoria of England when it was recorded by Scottish naturalist John Macgillivray, is endemic to northeastern Queensland state in Australia.

These birds are known as the duwuduwu to the indigenous Yidinji people of the region and are known for their beautiful plumage. The birds are noted for their flamboyant displays of plumage during the mating season, with the colors of the plumage in the males of the species matching that of the uniforms contemporary British riflemen wore during the mid-19th century.

On the reverse of the 2019 1 oz Proof Australian Silver Bird of Paradise Coin is a depiction of a male from the Victorias riflebird species conducting its mating ritual. The birds go through a series of maneuvers nodding, weaving, and flapping their wings to attract a mate. In the dramatic finale to this movement, the bird will raise its head high and arch its wings toward the sky as depicted on the reverse of these coins.

The obverse of 2019 Proof Australian Silver Bird of Paradise Coins includes the latest effigy of Queen Elizabeth II to grace Australian coins. Based on the fifth-generation Royal Mint of England design by Jody Clark, this image is the sixth to feature on Australian coins and the first since 1966 to include the Queens neckline and shoulders in the portrait.

If you have any questions about these coins, please contact JM Bullion. Our customer service team is available at 800-276-6508, online using our live chat, and via our email address.