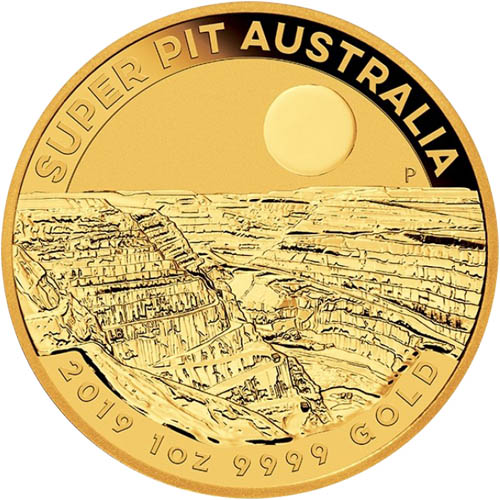 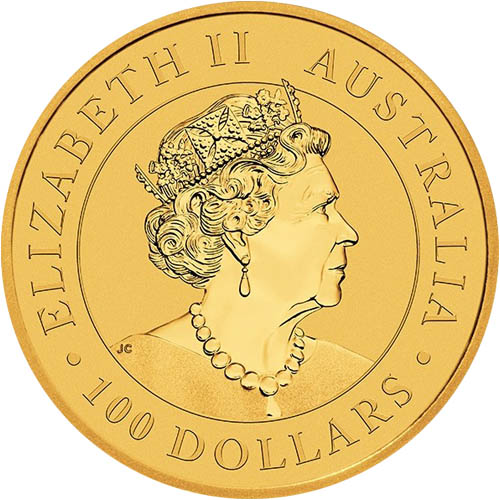 The Perth Mint is celebrating the prominence of Western Australia’s gold mines with a new gold bullion release depicting the Super Pit. Formally known as the Fimiston Open Pit, the Super Pit was Australia’s largest open cut gold mine until 2016. It now features in an artistic rendition on the reverse of two new bullion coins from the mint. Today, 2019 1 oz Australian Gold Super Pit Coins are available to you online from JM Bullion.

Fimiston Open Pit opened in 1893 as a series of underground mine tunnels. Over the course of time, those underground mines were eventually consolidated into one massive open pit now known simply as the Super Pit. It was the largest open cut gold mine in Australia until 2016 when the Newmont Boddington mine, also in Western Australia, surpassed it.

All 2019 1 oz Australian Gold Super Pit Coins are available to you in Brilliant Uncirculated condition from the Perth Mint. The coins are housed individually in the gold bullion release within protective acrylic capsules. Each coin has a micro-laser engraved letter within the inscription of “Australia” on the reverse as a distinctive authentication feature and it is only visible with a magnifying glass.

On the reverse face of 2019 1 oz Australian Gold Super Pit Coins is Lucas Bowers’ depiction of the Super Pit gold mine. This design views the Super Pit from the top rim of some of the open pit mining areas and includes the sun just above the horizon of the pit in the distance. Each one of these .9999 pure gold coins was produced by the Perth Mint with gold directly sourced from the Super Pit.

Today, the Super Pit covers a distance of 3.5 km in length and is 1.5 km wide. The Super Pit mine reaches down to a depth of 600 m and produces roughly 700,000 ounces of gold each year for various industries.

The obverse of 2019 1 oz Australian Gold Super Pit Coins includes the effigy of Queen Elizabeth II. Her Majesty is depicted here in right-profile relief with the Royal Diadem crown on her head, earrings, and a coronation necklace. This design comes from Jody Clark and includes the Queen’s neckline and shoulders in the bust, a physical feature not showcased on Australian coins since 1966.