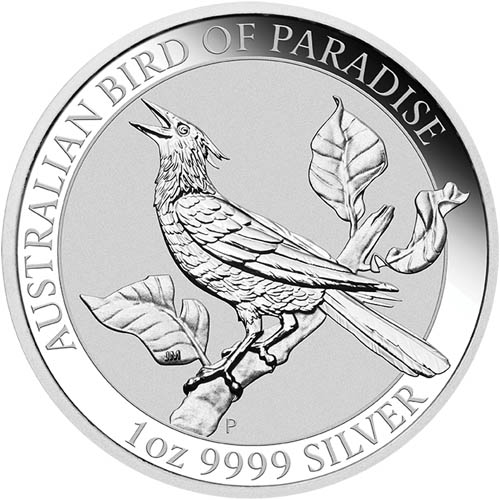 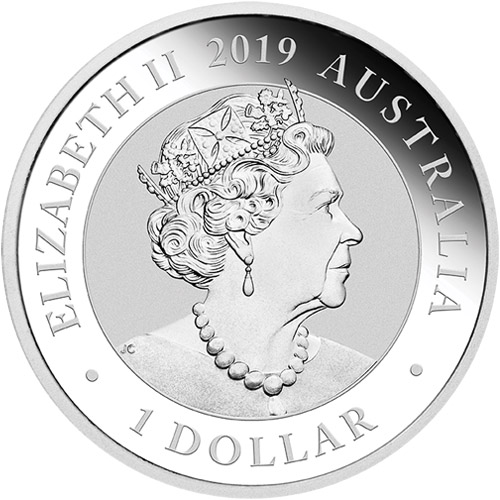 The Australian Bird of Paradise collection launched in 2018 with Victoria’s riflebird and continues with a new design in 2019 that shares some of the design concepts from the debut release. The Bird of Paradise to feature on the 2019 coin is the Manucodia, a bird species native to New Guinea. 2019 1 oz Australian Silver Bird of Paradise Manucodia Coins are available to purchase online today from JM Bullion.

Manucodes, or Manucodia if referred to by the genus name, are from the birds-of-paradise family of birds. These medium-sized birds are known for their black-glossed, purple and green plumages. Members of this genus are predominantly distributed across the lowland forests of New Guinea and its neighboring islands.

The broader birds-of-paradise family includes a total of 42 different species of birds separated into 15 different genera. Most of the birds in this family naturally inhabit eastern Indonesia, Papua New Guinea, and the eastern shores of Australia.

On the reverse side of 2019 1 oz Australian Silver Bird of Paradise Manucodia Coins is the image of a Manucodia bird standing on the branch of a tree. The design element of the tree branch and the concept of a bird of paradise standing on it was used on the previous release. However, the new image of the Manucodia depicts the bird in left-profile relief as it lets out its distinctive call.

The song of the Manucodia is distinctive because of its extended windpipe that acts as a wind instrument. There are technically four species of Manucodia found in the lowlands of New Guinea, the forests of Jobi Island, on Misool Island of West Papua, and on Papua New Guinea.

The obverse side of the 2019 1 oz Australian Silver Bird of Paradise Manucodia Coins features the latest effigy of Queen Elizabeth II on Australian coins. This design is different than the obverse of the 2018 Bird of Paradise as the Perth Mint introduced a new sixth-generation portrait of Queen Elizabeth II. Designed by Jody Clark in 2015 for the Royal Mint of England, this design is the first since 1966 on Australian coins to feature Her Majesty’s neckline and shoulders.

We encourage JM Bullion customers to call us with questions about silver for sale at 800-276-6508. You can also connect with us online through our live chat and email address.