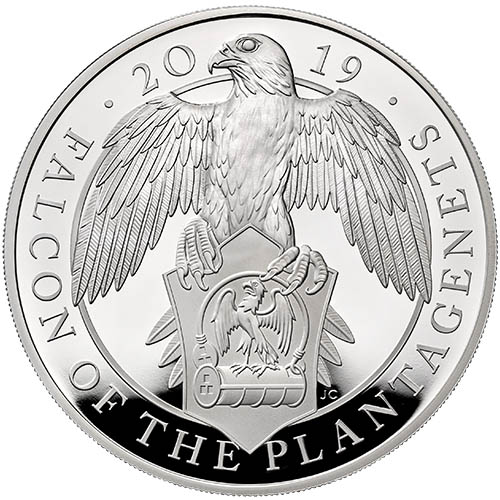 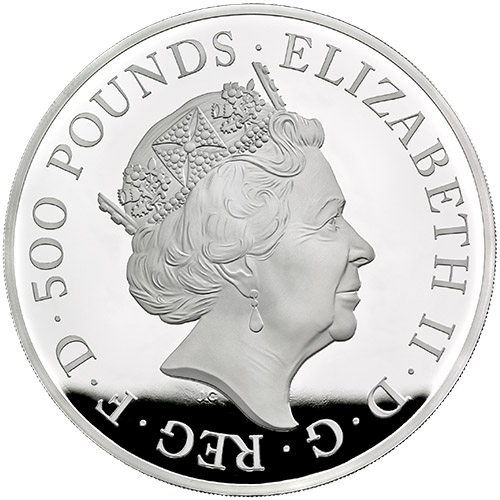 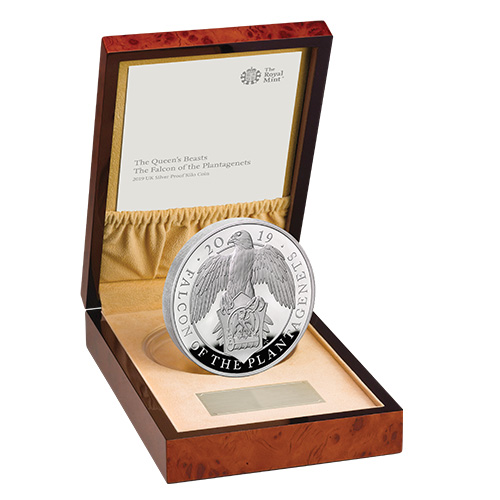 The largest coin the Royal Mint offers in its Queens Beast Collection is the 1 Kilo weight. Available in both gold and silver proof options, the 1 Kilo coin offers the largest format for the beautiful designs which Jody Clark has created for the Queens Beast Series. Right now, 2019 1 Kilo Proof British Silver Queens Beast Falcon of the Plantagenets Coins are available to purchase online from JM Bullion.

Each of the 2019 1 Kilo Proof British Silver Queens Beast Falcon of the Plantagenets Coins is available to you within a wooden display box that includes the Certificate of Authenticity of the Royal Mint validating the authenticity of the coin. Each one has a proof finish with frosted design elements and mirrored background fields.

The Falcon of the Plantagenets is the fifth design to appear in the Proof Queens Beast Series, but actually represents the sixth issue of the overall collection on the bullion side. The proof coins debuted after the bullion series released, resulting in a delay in availability between some of the designs.

On the obverse of 2019 1 Kilo Proof British Silver Queens Beast Falcon of the Plantagenets Coins, youll find the latest effigy of Queen Elizabeth II to feature on British coins. The longest-reigning monarch in British history, Elizabeth II is now on a fifth-generation design that captures her at the age of 89. This design includes Elizabeth II wearing the Royal Diadem crown similar to the previous third-generation design.

The reverse of 2019 Proof British Silver Queens Beast Falcon Coins features the White Falcon of King Edward III. One of the many Plantagenet monarchs to rule during the 300-plus year control of the crown by Plantagenets, Edward III had a love of hawking that led him to depict the white falcon in his official seal.

If you have any questions, please dont hesitate to ask. You can contact JM Bullion at 800-276-6508, chat with us live online, or email us directly.