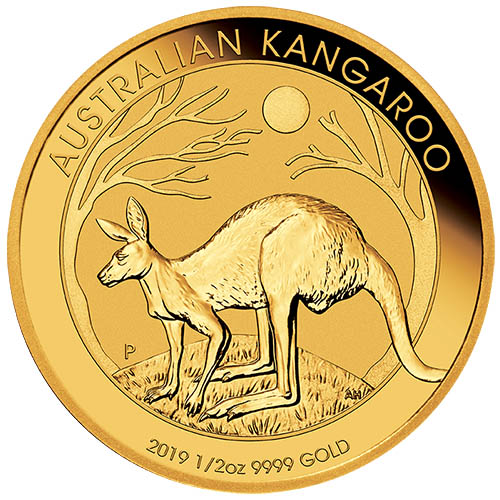 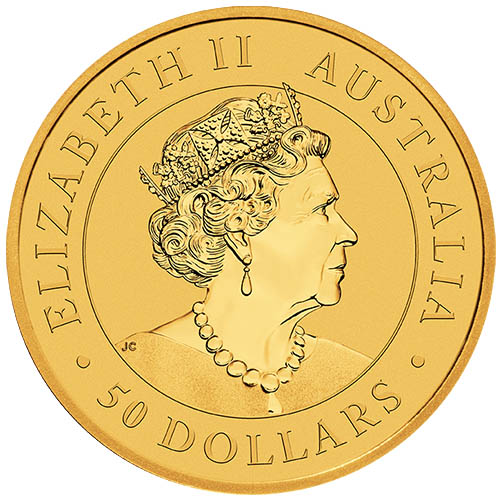 Each of the 2019 1/2 oz Australian Gold Kangaroo Coins in this product listing comes to you in Brilliant Uncirculated condition. The coins are available inside of protective plastic capsules from the mint and feature new designs this year on both the obverse and reverse sides of the coin.

For the first time since 1998, Australian coins have a new design on the obverse side. The latest effigy of Queen Elizabeth II is captured on the obverse and comes from Jody Clark of the Royal Mint of England. This design made its debut on 2016 date marks from England, and now features on 2019 silver and gold bullion coins in Australia. This is the first design of the Queen on Australian coins since the 1960s to feature more than Her Majestys head.

On the obverse side of 2019 1/2 oz Australian Gold Kangaroo Coins, youll find the fifth-generation British effigy of Queen Elizabeth II. Although it is the fifth-generation design, this is actually the sixth effigy of the Queen to feature on Australian coinage. The design includes Her Majesty wearing the Royal Diadem crown and the Victorian coronation necklace around her neck.

The Perth Mint was once the third and final Royal Mint facility on the Australian continent. Opened in 1899, it is now the oldest-operating mint in Australia and is independently owned and operated by the state of Western Australia, meaning it is separate from the federal Royal Australian Mint in Canberra.

If you have any questions, please dont hesitate to ask. JM Bullion customer service is available to you at 800-276-6508, online using our live chat service, and via our email address.