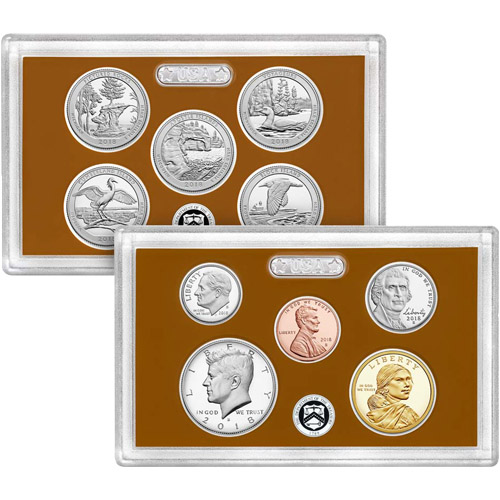 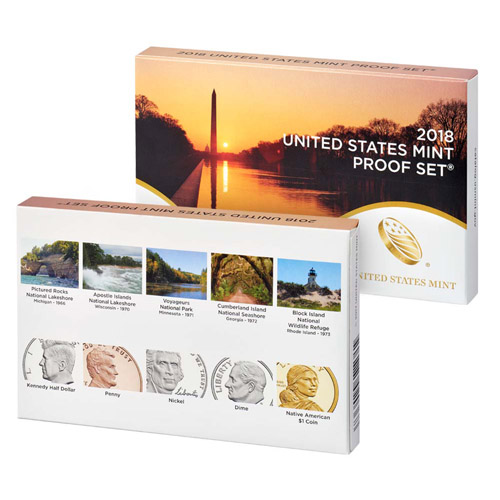 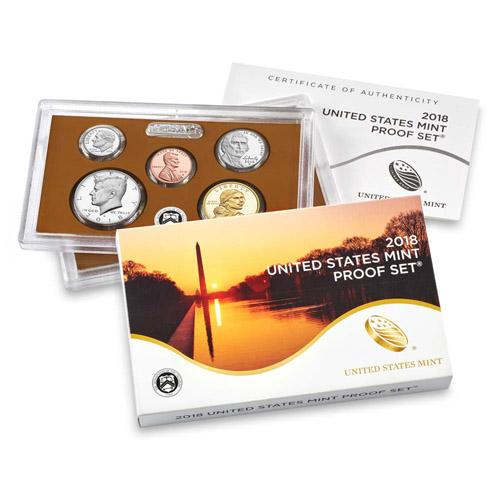 Looking to kickstart your coin collection? Or maybe add to your existing collection? US Mint Proof Sets are a simple and cost-effective way to accomplish that. The 10 coins in the Set are high-quality US Mint Proof coins with frosted, sculpted foregrounds and sharp relief, mirror-like backgrounds. The face value of the 2018 Proof Set is $2.91 and its original issue price was $26.95. They are minted in the San Francisco mint and have an S mint mark. Currently, JM Bullion has these 2018 US Mint Proof Sets available for purchase online.

The Philadelphia Mint restarted production of Proof coins in 1936, ushering in the modern era of Proof coins. They were available for purchase either individually or in full sets. After enduring another production pause from 1942 to 1949, production resumed again in 1950. At this point, the Proof coins were available only in the full sets. The Proof Sets have experienced numerous changes throughout time, from the number of coins included in the set, the set’s packaging, the obverse and reverse designs of the coins to even what coins are included in the sets.

Each 2018 Proof Set contains 2 sets of coins – the regular set of Proof coins and the America the Beautiful Quarters Program set.

The coins included in the regular Proof Set are one each of the 2018 Lincoln Cent, Jefferson Nickel, Roosevelt Dime, Kennedy Half Dollar, and the latest issue of the Native American Dollar series. The 2018 Native American Dollar obverse design continues with the Sacagawea design first created in 2000 – Sacagawea carrying her infant son, Jean Baptiste. The theme of the reverse design features the athlete and Olympian Jim Thorpe. Thorpe is considered to be one of the greatest athletes of the 20th Century. In 1912, he represented the US in the Summer Olympics, easily winning medals in several events. Later, he played professional football for 6 different teams, in what later became the NFL. If that wasn’t enough, he played professional baseball for 3 different teams.

The 2018 Proof Sets packaging remains similar to that of recent years. The coins are placed in 2 separate plastic cases which are then placed into a cardboard outer box. The front of the box is adorned with an image of the Washington Monument at sunset while images of the 5 national parks and the 5 coins are featured on the back of the box.

Our JM Bullion Customer Service team will be happy to assist you with any questions you may have. We can be reached via phone at 800-276-6508, via online live chat, or via email.