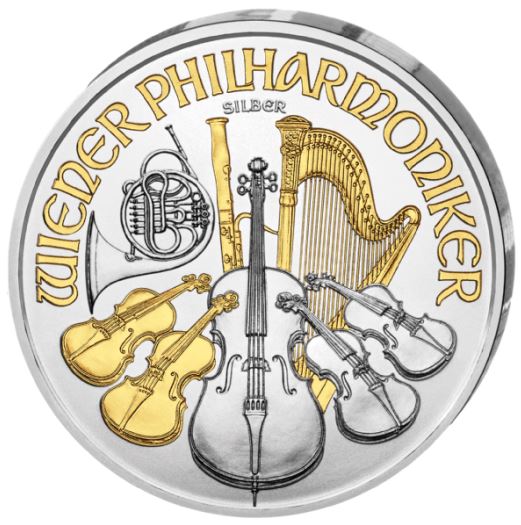 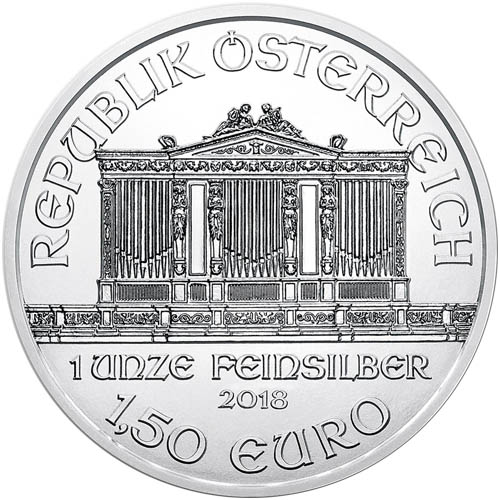 The Austrian Silver Philharmonic coin is a unique silver bullion offering for investors. The face value of the coin is one of the many unique facets of this coin series. Though issued by the Austrian Mint, which has the official status of producing the common Euro currency for nations participating in the Eurozone economy, the coins are legal tender only within the nation of Austria.

Of course, silver coins are almost never used for commercial purposes. Products such as the 2018 1 oz Austrian Silver Philharmonic coin feature .999 pure silver content and are collected by investors for their inherent silver value, which far outweighs the otherwise minuscule face value available in Euros.

The obverse of each Austrian Silver Philharmonic coin has the design of the Great Organ, a pipe organ found inside of the Golden Hall. Known locally as the Musikverein, it is the venue for the Vienna Philharmonic Orchestra and is located within the Innere Stadt neighborhood of the national capital city of Vienna.

On the reverse of the 2018 1 oz Austrian Silver Philharmonic coin is a collection of eight musical instruments, each one traditionally used in orchestral performances. This side of the coin features the 24-karat gold gilded finish, applied to some of the instruments in the design to create brilliant visual contrast. The designs found on these coins originated from the Austrian Mints chief engraver, Thomas Pesendorfer. He created the designs in 1989 when the Austrian Gold Philharmonic coin debuted.

The Austrian Mint is one of Europes oldest operating mints. It opened in 1194 during the rule of Duke Leopold V of Austria, who used 15 tonnes of silver paid to him by Richard the Lionheart of England for safe passage during the Crusades.

We encourage JM Bullion customers to contact us with questions. You can reach out to us on the phone at 800-276-6508, chat with us live online, or email us directly.