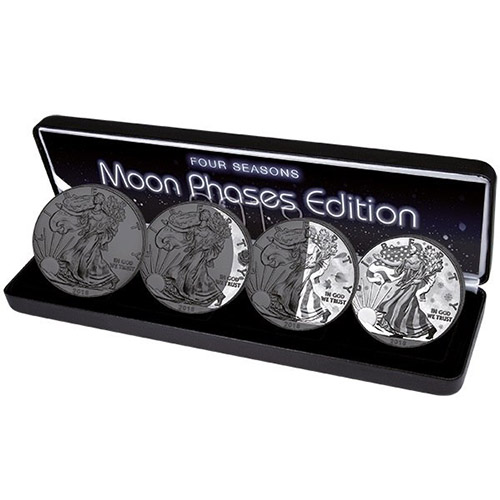 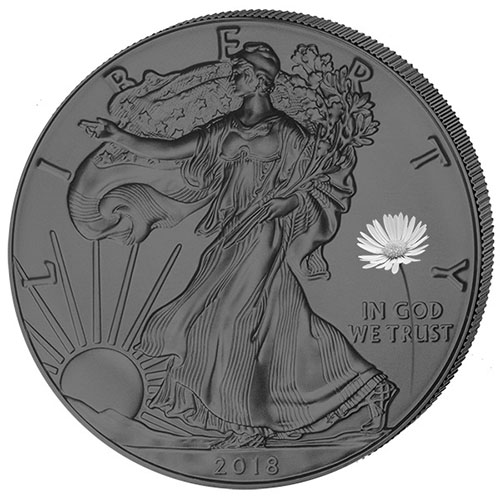 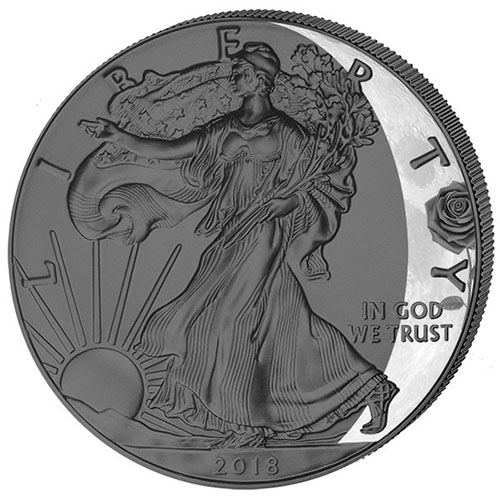 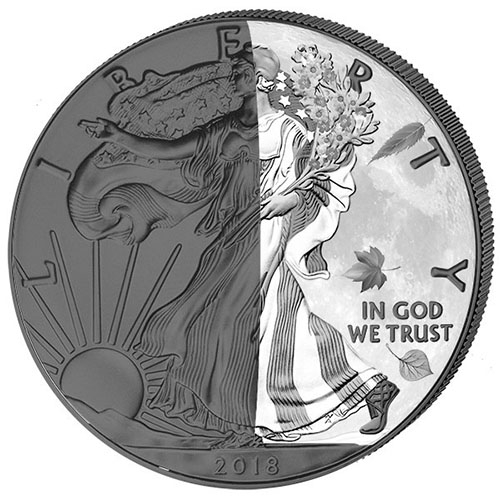 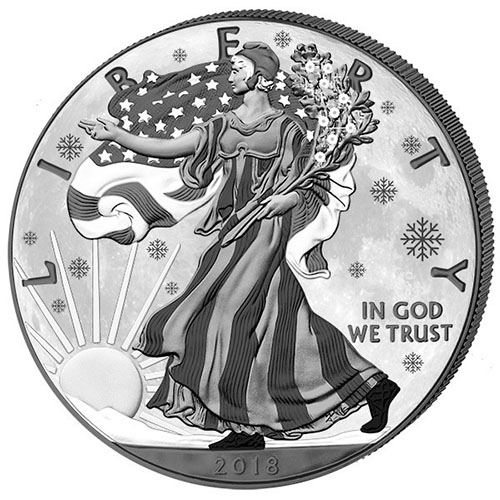 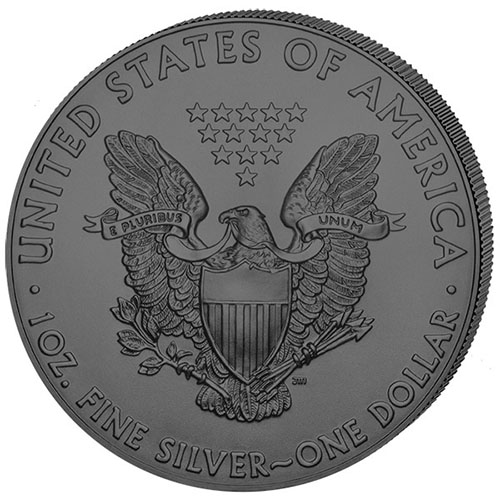 The American Silver Eagle is easily one of the most recognizable coin collections in the world today. Issued by the United States Mint with the same images of Liberty and the bald eagle each year, this coin is coveted by investors and collectors alike. In this unique four-coin set, youll find an American Silver Eagle coin available that looks different than the usual bullion or proof issues. Right now, 2018 American Silver Eagle Moon Edition Four Seasons Coin Sets are available to purchase online from JM Bullion.

There are four major moon phases that refer to the relative positions of the sun, moon, and earth as the moon goes about its orbit around the planet. In total, however, there are eight phases that the moon goes through during its 29-day orbit around planet Earth. Four of those phases are depicted on the obverse surface of the individual 2018 American Silver Eagle coins in the Moon Edition.

Included in this set are depictions of the moon in its New Moon, Waxing Crescent, Quarter, and Full Moon phases. The New Moon coin design features an obverse field completely covered in the darkness of the Ruthenium layer. The Waxing Crescent has a small sliver of the brilliant silver, while the Quarter Moon is split nearly half-and-half between the Ruthenium and pure silver. For the full moon, the entire image of Walking Liberty shines in its bright, natural silver with a small portion of Ruthenium along the bottom stripe with the year of issue.

On the obverse of all 2018 American Silver Eagle Moon Edition Four Seasons Coins is the depiction of Walking Liberty created in 1916 by Adolph A. Weinman. John Mercantis heraldic eagle of the United States is found on the reverse side of all coins in this four-coin set.

If you have any questions, please dont hesitate to ask. JM Bullion customer service is available at 800-276-6508, online using our live chat, and via our email address. Silver prices are also listed on our website at all times for your convenience.

RICHARD from SC - June 02, 2018
"Arrived today and is very nice, however I did not like the square coin cases so I removed the ASE’s from the square and put them in round capsules. Looks much better."