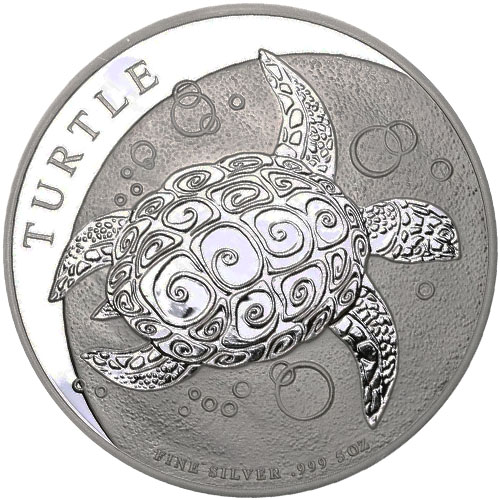 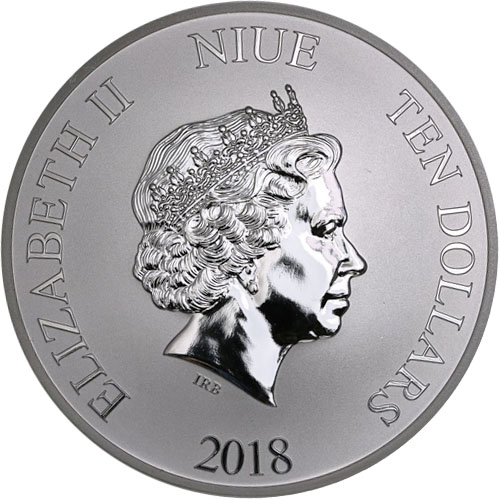 Each of the 2018 5 oz New Zealand Silver $10 Niue Hawksbill Turtle Coins in this listing are in BU condition. Coins in this condition exhibit no signs of wear and tear, but there is the potential for minor flaws from the coining process at the mint. BU condition coins may exhibit breaks in the luster, spotted surfaces, or contact marks.

The hawksbill turtle is an aquatic species that is easily recognizable by its beak and shell. The beak of the hawksbill turtle is the source of its name, with a beak that is curved and shaped like that of a hawk. The shell has overlapping, colorful plates that give the turtle a unique appearance in the water.

On the obverse of all Niue Hawksbill Turtle coins youll find the image of Queen Elizabeth II. Her Majesty is captured on the obverse of all commonwealth coinage and has been since 1952 when she ascended to the throne. This image is the fourth-generation effigy of the Queen and was created in 1998 by Ian Rank-Broadley.

The reverse of the 2018 5 oz New Zealand Silver $10 Niue Hawksbill Turtle Coin features the turtle. The hawksbill turtle is native to warm, tropical waters in the Atlantic, Indian, and Pacific Oceans. A resident of Fiji in the South Pacific, the turtle regularly migrate to the North Island of New Zealand for mating season.

Located in Auckland, the New Zealand Mint is a private minting operation and is the only one of its kind in New Zealand. The New Zealand Mint has no association with the federal government and does not print or coin money for the nation, a process done by the Royal Canadian Mint.

If you have any questions, please dont hesitate to contact JM Bullion. Our customer service team is available to you on the phone at 800-276-6508, on the web using our live chat, and via our email address. You can track the price of silver using our silver price charts online.