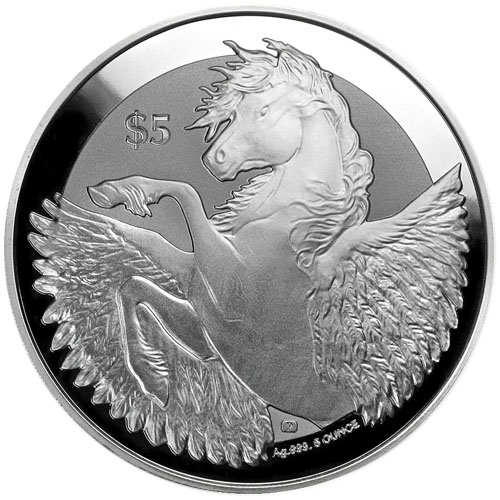 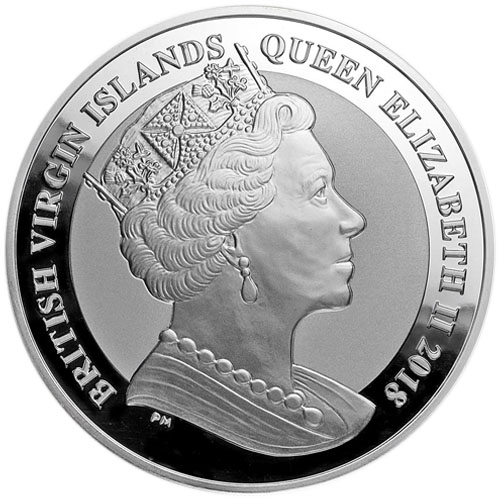 For those who traditionally look to buy silver that is unique and features a low mintage, the Silver Frosted Pegasus Series from the Pobjoy Mint is an excellent choice. Introduced in 2016, the standard offering in this series has a capped mintage at 50,000 coins. For these 5 oz silver versions of the coin, the mintage is capped at an astonishingly low figure. The 2018 5 oz British Virgin Islands Silver Frosted Pegasus Coin is currently available to you for purchase online from JM Bullion.

The Frosted Silver Pegasus Series is the first silver bullion coin collection ever offered for the British Virgin Islands. The British Overseas Territory has frequently used horses on its coinage over the years, making the mythical flying horse known as the Pegasus a natural choice for the launch of a new silver bullion collection.

Well-known in the mythology of Greece, the Pegasus is a flying horse that was born of the shedding of the blood of one of the three Gorgons. In this case, it was the snake-headed monster known as Medusa who was slain by Perseus that resulted in the birth of Pegasus. As such, the horse was gifted to Perseus by the gods following his victory over the Gorgon.

On the reverse of 2018 5 oz British Virgin Islands Silver Frosted Pegasus Coin is the image of the mythical winged horse as it spreads its wings out wide behind its figure. The horse stands on its hind legs with those wings spread and engravings of the face value, weight, metal content, and purity of the coin engraved.

The obverse of 2018 British Virgin Islands Silver Frosted Pegasus Coins features the effigy of Queen Elizabeth II. Her Majesty is depicted here in right-profile relief in the fifth-generation design used on British-issued coins. This is similar to the Jody Clark design on Royal Mint coinage, but with the Queens neckline and shoulders visible, this design is exclusive to the family-owned Pobjoy Mint.

We encourage JM Bullion customers to contact us with questions at 800-276-6508. You can also connect with our customer service team online through our live chat service and email address features. Dont forget to check silver prices using our silver spot price chart.