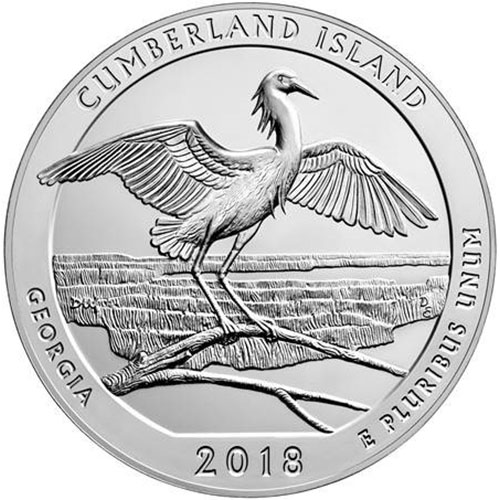 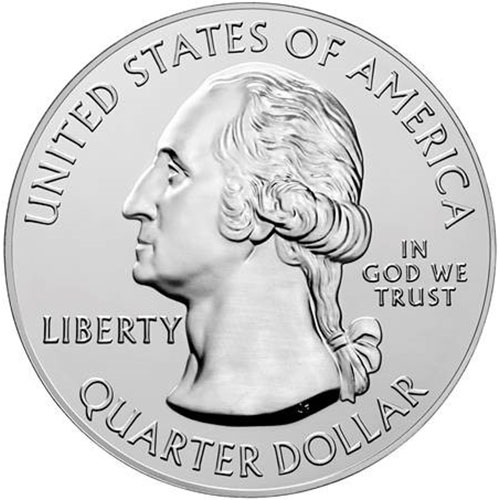 Located at the very southeastern tip of Georgia along the Atlantic Ocean coastline, Cumberland Island National Seashore is the largest of Georgia’s Gold Isles. Representing the state in the America the Beautiful silver coin series, these exciting new designs are part of the 9th release year in the ATB collection. Right now, the 2018 5 oz ATB Cumberland Island National Seashore Silver Coin is available from JM Bullion.

US National Seashores are administered and overseen by the National Park Service. Cumberland Island National Seashore was established on October 23, 1972 and contains a dense diversity of coastal region flora and fauna.

Each of the 2018 5 oz ATB Cumberland Island National Seashore Silver Coin in this listing is in BU condition. Coins in this condition exhibit no signs of wear and tear, though you may notice a range of minor flaws such as breaks in the luster, spotted surfaces, and contact marks from the coining process.

On the obverse of the ATB Cumberland Island National Seashore Silver Coin is the left-profile portrait of President George Washington. His image has featured on the obverse of the nation’s circulation quarter since 1932, when a creation from John Flanagan was added to the quarter in honor of the bicentennial of Washington’s birth.

The United States Mint is responsible for the production of the America the Beautiful quarter series, a 56-coin program that represents each of the 50 US states, the five overseas territories of the nation, and the District of Columbia. ATB coins are produced by the Philadelphia Mint and Denver Mint facilities.

If you have any questions, please don’t hesitate to reach out to JM Bullion. Our customer service team is available on the phone at 800-276-6508, online using our live web chat, and via our email address.