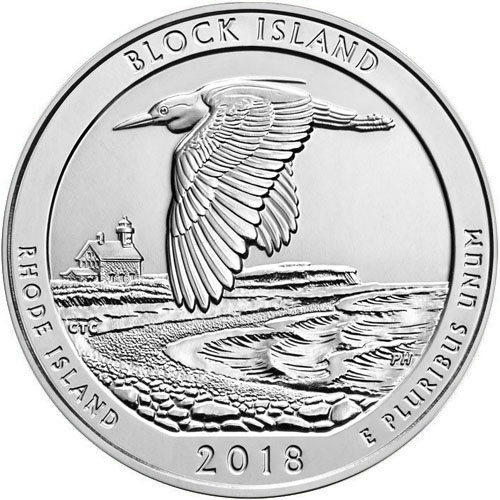 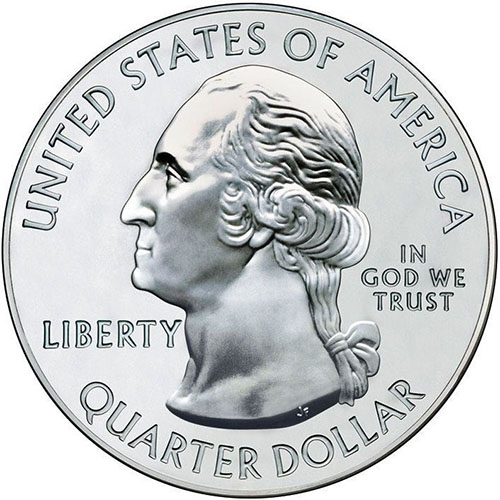 Please note that these coins are arriving slightly larger than other ATB coins. It is possible that you will not receive your coin in a capsule.

The final release of the 2018 cycle of America the Beautiful coins represents the state of Rhode Island, the smallest in the Union and also one of the oldest states in the US. Each year there are five new releases in the ATB Series, with a planned total of 56 coins approved to date by the US Mint and Secretary of the Treasury. Today, the 2018 5 oz ATB Block Island National Wildlife Refuge Silver Coin is available from JM Bullion.

The America the Beautiful collection of silver coins is a 56-coin collection that debuted from the United States Mint in 2010. The series includes five new design releases each year representing a different national park, national forest, or historic monument from various regions of the country. In total, all states in the US plus the five territories and District of Columbia are represented.

Each of the 2018 5 oz ATB Block Island National Wildlife Refuge Silver Coins in this offering are in BU condition. Coins in BU condition show no signs of wear and tear, however you may notice breaks in the luster, spotted surfaces, or contact marks as a result of striking the blanks during the production process.

On the reverse of each 2018 5 oz ATB Block Island National Wildlife Refuge Silver Coins you’ll find images of the migratory birds that use Block Island for a stop along the Atlantic Flyway.

The obverse of all ATB Silver Coins include the left-profile portrait of President George Washington. The nation’s first president, Washington was born in 1732 and 200 years later, his image made its way onto the circulation quarter as part of the bicentennial celebration of his birth in 1932.

Block Island is located 14 miles southeast of Long Island, New York, and is considered a part of the state of Rhode Island. The island has just over 1,000 year-round residents, and its northwestern tip remains undeveloped as a natural area and resting stop for migratory birds moving north and south along the Atlantic Flyway of the United States.

Please don’t hesitate to reach out to JM Bullion with questions. You can reach our customer service team at 800-276-6508, connect with us online through our live chat, or send us an email with your questions.