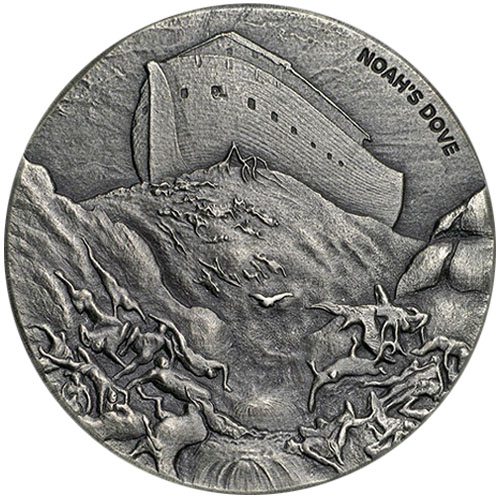 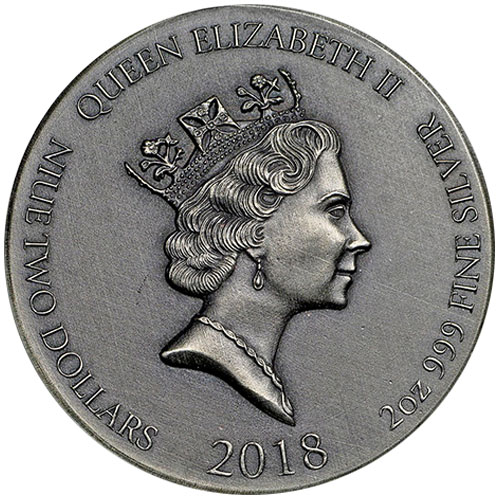 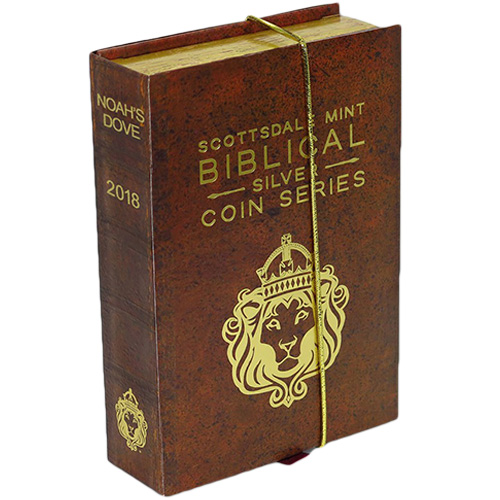 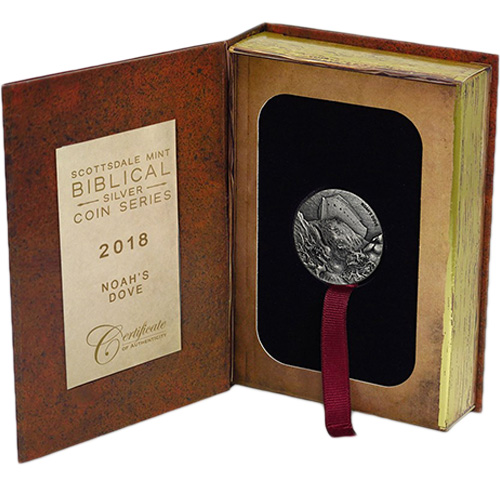 The Scottsdale Mint’s Biblical Coin Series features breathtaking new designs released each year in the series. Launched in 2015, there have been six issues per year in the collection to date. Each new design brings to life on the coin’s surface the stories of the Bible in a manner never before depicted. Today, 2018 2 oz Noah’s Dove Biblical Series Silver Coins are available to you online from JM Bullion.

God had become so disillusioned with the path mankind had taken, that he decided to send a flood to cleanse the earth of sin and evil. This wasn’t just any flood however. Through 40 days and 40 nights of rain, all of the world would be covered with water such that nothing would survive except for a chosen few.

In the Biblical tale from Genesis, God comes to Noah and tells him to build an ark the likes of which the world had never seen. In this ark, Noah was to take his family and two of every animal species in the world for safe keeping during the flood. The most important creature aboard would be the lone dove, tasked with finding dry land when the waters receded.

For the 2018 2 oz Noah’s Dove Biblical Series Silver Coin release, each coin is shipped housed in a Bible-inspired gift box that includes a numbered Certificate of Authenticity. These silver coins are struck in beautiful high-relief with antique polishes for the look and feel of ancient coinage. The edges of each coin feature an individual serial number.

On the obverse of the Noah’s Dove Biblical Series Silver Coin is the effigy of Queen Elizabeth II. Scottsdale Mint chose the third-generation design of Her Majesty from British coinage, which was created in 1984 by Raphael Maklouf. It is a more elegant and royal depiction of the Queen wearing the crown jewels rather than a more muted crown.

The reverse of the 2018 2 oz Noah’s Dove Biblical Series Silver Coin features the death and destruction wrought by the flood God sent. Noah’s ark glides above the flood waters with its precious cargo in tow, and through the mists of the crashing waves you can see that singular dove fly out in search of dry land.

Please feel free to reach out to JM Bullion if you have questions. Our customer service team is available at 800-276-6508, online using our live chat, and via our email address.