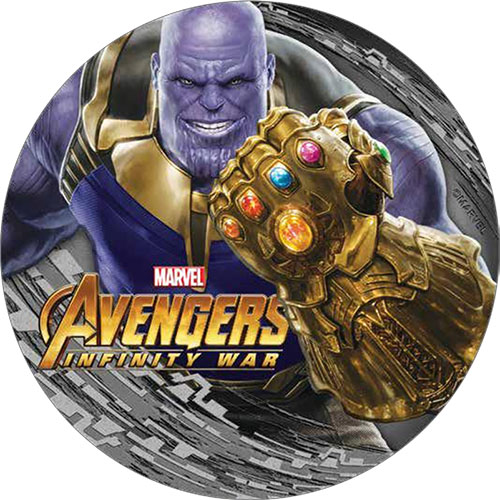 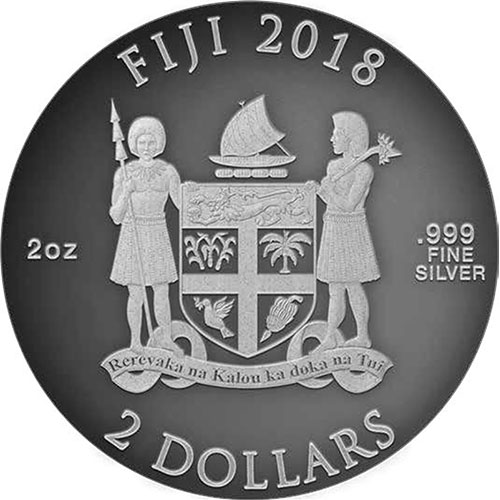 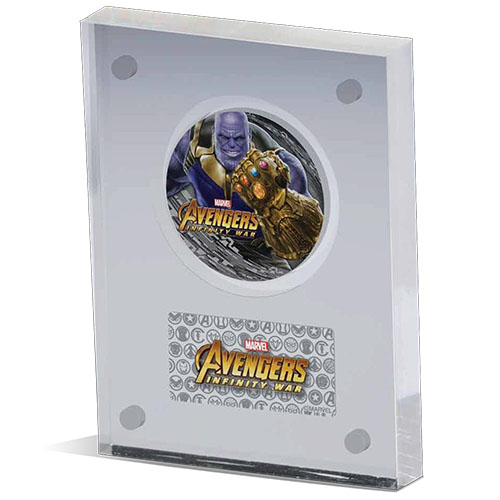 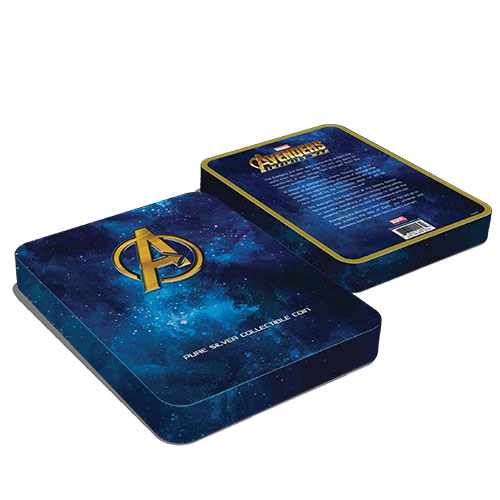 Few coin design concepts are as popular right now as comic-themed coinage. While both DC and Marvel Comics characters have appeared on various coins in the past few years, the popular superheroes from Marvel Comics have a definitive edge over the characters from the DC universe. The 2018 2 oz Fiji Infinity War Thanos Silver Coin is available to you for purchase online from JM Bullion.

Thanos is a character from Marvel Comics created in 1973 by Mike Friedrich and Jim Starlin. The first appearance of Thanos came in the February 1973 issue of The Invincible Iron Man #55. Thanos has appeared in recent Marvel Cinematic Universe films, but his largest role in those came in the recent Avengers: Infinity War which was released to theaters in May 2018.

For the latest feature film, actor Josh Brolin was cast to provide the voice of Thanos as well as the motion-capture for his figure. Thanos comes from a race of superhumans known as Titanian Eternals and is a mutant member of that race. The new 2018 2 oz Fiji Infinity War Thanos Silver Coin is a beautiful, colorized commemorative release that captures his figure perfectly.

On the reverse of the 2018 2 oz Fiji Infinity War Thanos Silver Coin is the depiction of Thanos with the Infinity Gauntlet. The gauntlet is embellished by a collection of six jewels adoring it that are known as the infinity gems. The only engravings of text on this face include Marvel Avengers: Infinity War.

The obverse of the Fiji Infinity War Thanos Silver Coin features the coat of arms for the nation of Fiji. Supported on either side by two Fijians, the shield bears symbols of the nations seafaring past and includes important engravings of the nation of issue, weight, purity, metal content, and face value.

All of the coins in the 2018 2 oz Fiji Infinity War Thanos offering come with clear, acrylic cases that allow you to see both sides of the coin at the same time while inside the case. The cases are housed within collectible tins feature Infinity War artwork. The silver coins for sale in this series are also antique finished with brilliant luster and an old-school visual appeal.

We encourage JM Bullion customers to reach out to us with questions at 800-276-6508. You can also connect with our customer service team online through our live chat and email address.