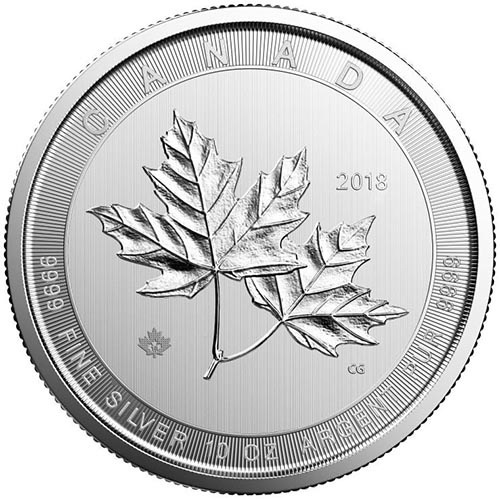 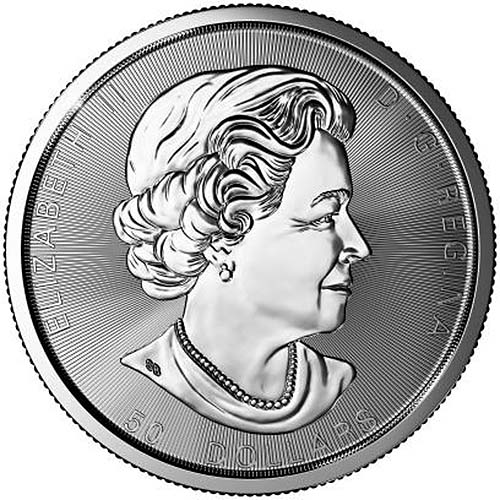 There is no symbol of the Canadian nation more easily recognized around the globe than the maple leaf. Adopted in the 1700s by French Canadians as an emblem for the colonies and featuring on the modern national flag of Canada, the maple leaf is a symbol that has been adopted throughout the nation in the public and private sector as a source of pride. Right now, the 2018 10 oz Canadian Silver Magnificent Maple Leaf Coin brings a new design of the sugar maple to bullion coins, and is available to purchase from JM Bullion.

Look no further than the vast wilderness of Canada for an explanation as to why the sugar maple is an official emblem of the nation. The sugar maple tree, or Acer saccharum, is a species of maple tree found in hardwood forests that cover vast stretches of eastern Canada. Youll find the sugar maple from the coastlines around Nova Scotia to the west as far as Quebec, southern Ontario, and southeastern Manitoba.

The sugar maple stretches around the Great Lakes region as well, sweeping down into the forests of Minnesota in the United States and back eastward through the highlands of eastern states that border the Great Lakes chain. While the sugar maple has featured on the Canadian Silver Maple Leaf since 1988, this maple-leaf inspired bullion coin brings new beauty to silver bullion from the RCM.

On the reverse of the 2018 10 oz Canadian Silver Magnificent Maple Leaf Coin youll notice the image of two sugar maple leaves still attached at their stems to a single twig. The RCM used careful precision in engravings the leaves designed by Celia Godkin onto this coin, implementing various textures to create impressive depth in the image itself.

The obverse of the Canadian Silver Magnificent Maple Leaf Coin bears the portrait of Queen Elizabeth II. Created in 2003 by Susanna Blunt, this is the second monarch effigy from a Canadian artist and the first portrait of a ruling monarch since Elizabeth IIs father George VI to capture a king or queen without a crown.

This coin from the Royal Canadian Mint has an impressive 76.25 millimeter diameter, giving it a larger surface to encapsulate the full beauty of the Magnificent Maple Leaf design. At $50 (CAD) face value, it is the highest denomination available in Canadian silver bullion.