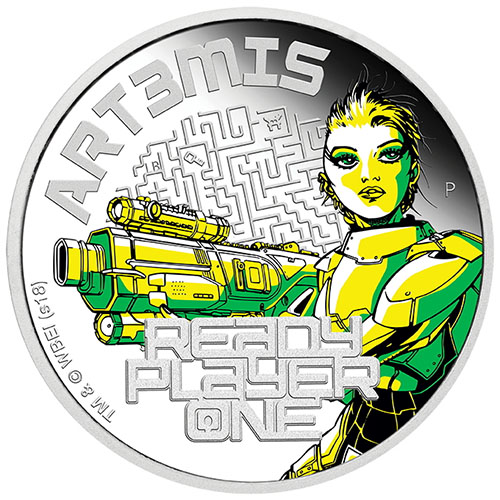 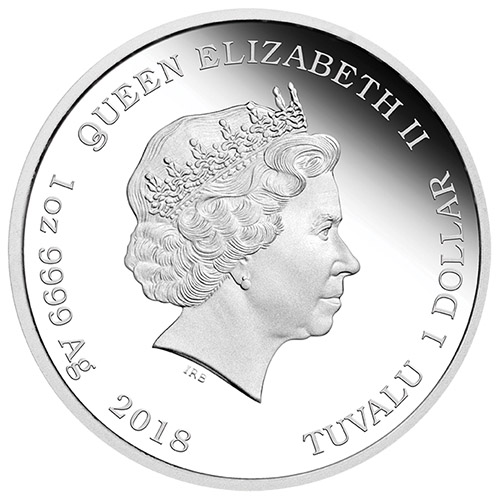 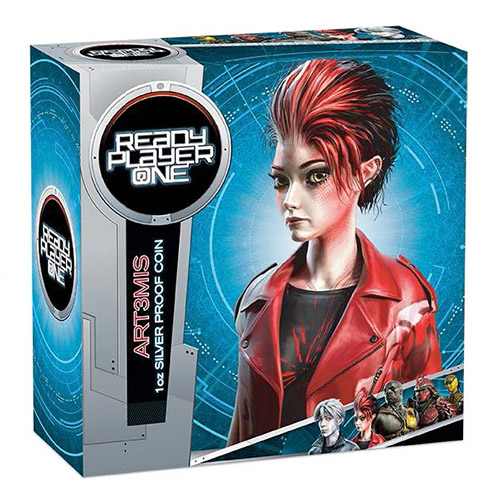 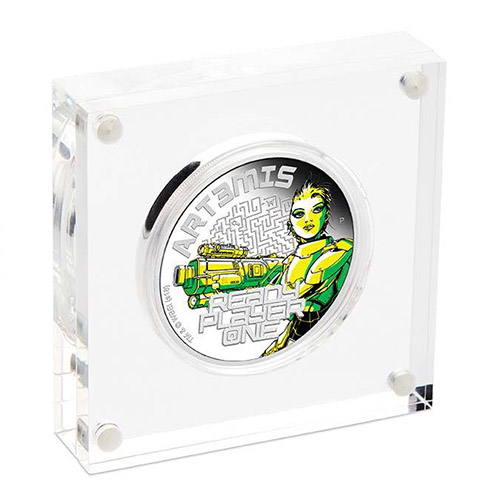 Following the breakout success of Ernest Clines debut novel in 2011, Hollywood has taken notice and released a feature film in 2018 with the same name. Written by Cline, Ready Player One takes place in 2044 in a dystopian world where people have no choice but to escape their reality in Oasis. Today, the 2018 1 oz Tuvalu Ready Player One Art3mis Silver Coin is available to you online from JM Bullion as the second release in the series!

Ready Player One was the debut from American science-fiction novelist Cline, and was quickly met with intense demand. It shot to success on the New York Times bestseller list and garnered intense praise, with USA Today claiming the storyline undoubtedly qualifies Cline as the hottest geek on the planet right now.

All 2018 1 oz Tuvalu Ready Player One Art3mis Silver Coins listed here ship to you in brilliant packaging ideal for display. The themed shippers feature artwork from the upcoming Ready Player One feature film, and the coins are housed in a clear plastic case for adouble-sided display of the coin. Included with purchase is a numbered Certificate of Authenticity.

On the obverse of the Ready Player One Art3mis Silver Coin is the design of Queen Elizabeth IIs effigy. Created in 1998 by Ian Rank-Broadley, this is the fourth-generation portrait of the Queen used on British and commonwealth coinage. Markings include the name of Her Majesty, the nation of issue, face value, weight, purity, and metal content, along with a year of issue.

The reverse of the 2018 1 oz Tuvalu Ready Player One Art3mis Silver Coin includes vivid coloration on the figure of Art3mis, the avatar adopted by Samantha Evelyn Cook, the other main protagonist in the film. She is captured in brilliant hues of yellow, green, and lime. Parzival and Art3mis are both featured in the series with a gun in hand to fight off rival egg hunters in Oasis, known as gunters.

Please feel free to reach out to JM Bullion with questions. You can call us at 800-276-6508, chat with our customer service associates online, or simply send us an email. We also track the price of silver per ounce throughout the day for your convenience while browsing our catalog!