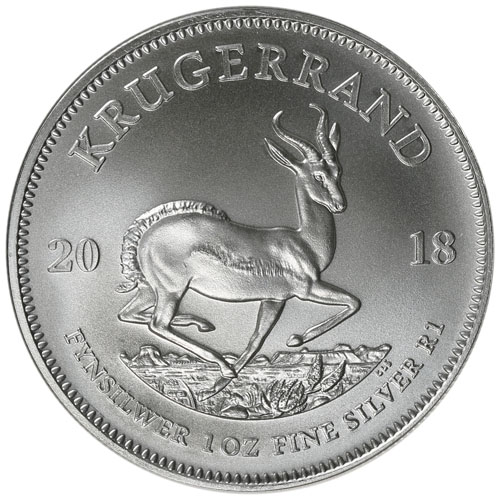 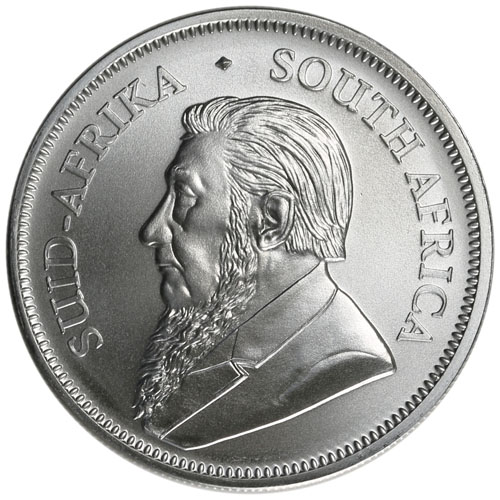 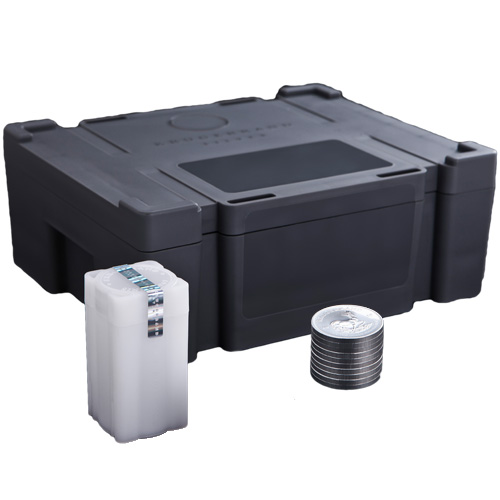 As low as $24.00 per oz over spot!
Add to WishlistLog In to add this product to your Wishlist
Free Shipping on $199+ Orders

On the obverse of the 2018 1 oz South African Silver Krugerrand Coin, you’ll find the image of Paul Kruger. Kruger was a popular figure among the Boers of South Africa during the latter half of the 19th century. He was a military and political leader for the Boers during the Boer Wars between local South Africans of Dutch descent and the British Army. He would later go on to serve as a President of the South African Republic. This left-profile portrait of Kruger is an updated design crafted in 1984 by Otto Schultz.

The reverse side of the South African Silver Krugerrand Coin features the image of a Springbok antelope. The national symbol of South Africa, the Springbok species is found throughout the southern nations of the African continent, with a particularly prominent population living within the boundaries of South Africa. The Springbok design here was also updated in 1984, with the artwork completed by Coert Steynberg.

The South African Mint is the official sovereign mint of South Africa. The mint introduced the Gold Krugerrand in 1967 to promote the vast gold reserves of the nation and to offer a different medium of private gold ownership through gold bullion coins.

If you have any questions, please don’t hesitate to contact JM Bullion. Our customer service team is available at 800-276-6508, online using our live web chat, and via our email address.

Dale from - May 18, 2019
"Of all the silver bullion coins, I like these best. They have that soft, powdery white luster that I associate with pure silver. I find it hard to stop looking at them. Gorgeous!"

Shane from OH - October 17, 2018
"I ordered 2 of these coins they are they stunning, i absolutely love these, super fast shipping as always (3 days from when i ordered them, it was in my mail box! regular shipping)"