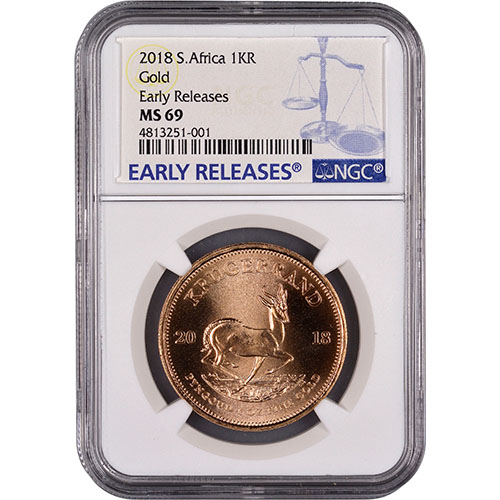 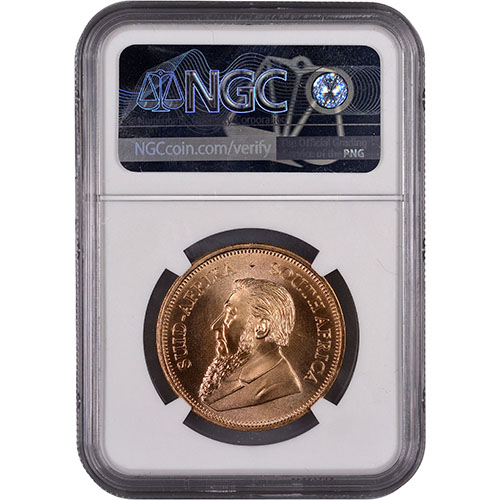 If youve purchased gold coins anytime in the last half century as a means of private investment, youve undoubtedly come across the South African Gold Krugerrand. Introduced in 1967 as the first modern gold bullion coin, the Krugerrand is a staple among those who continue to buy gold today. The 2018 1 oz South African Gold Krugerrand Coin is currently available to you with an NGC certification online from JM Bullion.

In 1967, the South African government issued the Gold Krugerrand as a means of promoting the private ownership of gold coins for investment purposes and to promote the vast gold reserves of South Africa to the world. A decade later, economic sanctions and a boycott against South Africas apartheid system would lead to the downfall of the Krugerrand as the sole gold coin available.

It is estimated that by 1980 the Gold Krugerrand accounted for 90% of the global gold coin market. During the Bull Market of the 1970s, the Gold Krugerrand was the number-one choice for investors buying gold worldwide. Even with a boycott ongoing in the 1970s and 1980s, some 22 million Krugerrands were imported into the United States.

The obverse of 2018 1 oz South African Gold Krugerrand Coins features the left-profile portrait of Paul Kruger. An influential figure in 19th century South African politics and military affairs, Kruger served as President of the South African Republic. This image was updated for coining in 1984 by Otto Schultz.

Early Release coins are those which arrive within a certain timeframe for certification. To earn the ER label, coins must arrive at the NGC within the first 30 days of their 2018 release date from the South African Mint.

We encourage JM Bullion customers to contact us with questions at 800-276-6508, You can also reach out to us online through our live chat and email address.