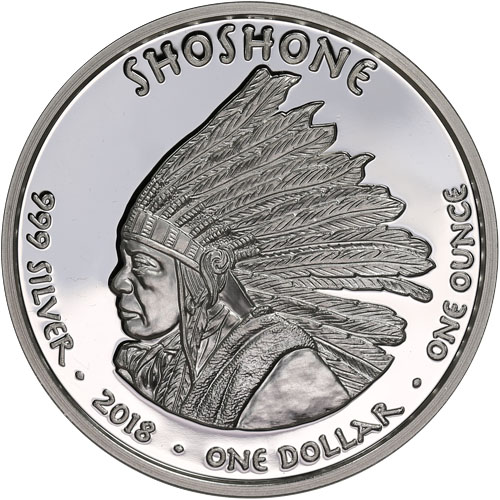 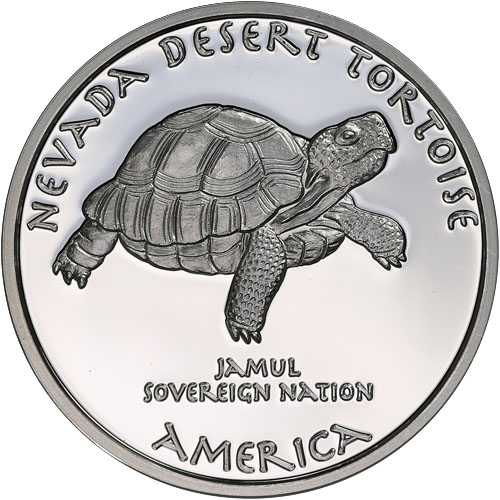 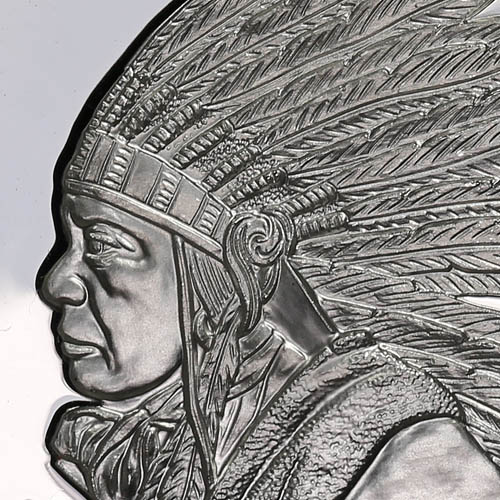 The first release of 2018 in the Native American Mints Silver Proof Dollar Series is here, extending the popular collection to its 14th overall release. The collection of proof silver dollars are issued by various North American tribes, with each representing a different tribe, state, and native animal species. The 2018 1 oz Proof Nevada Shoshone Desert Tortoise Silver Coin is now available to you for purchase online from JM Bullion.

There is a unique pattern of design used for each coin in the Proof Native American Silver Dollar Series. With each new coin release, there is a different tribe chosen for representation. The obverse always contains the image of an individual or numerous members of a given tribe. The coins are issued with the name of a state that presently or historically contained the range of tribal members, and the reverse includes the design of an animal species either native to the state or important to the tribes history. In some cases, the animal represents both factors.

For the 2018 1 oz Proof Nevada Shoshone Desert Tortoise Silver Coin, the Shoshone tribe was chosen to lead off the annual releases coming in 2018. The Shoshone Native American tribe is actually broken apart into four large cultural divisions with distinct linguistics. The Eastern Shoshone are found in Wyoming, the Northern Shoshone in southeastern Idaho, and two others with a range encompassing Nevada.

On the obverse of the 2018 1 oz Proof Nevada Shoshone Desert Tortoise Silver Coin is the image of a tribal member from the Shoshone. Those cultural groups of Shoshone living in Nevada include the Western Shoshone and the Gosiute people. The Western Shoshone inhabit the largest swaths of Nevada, as well as northern Utah. The Gosuite people live predominantly in eastern Nevada.

The reverse of the Nevada Shoshone Desert Tortoise Silver Coin features the image of a desert tortoise. Found throughout the Mojave and Sonoran Deserts of the southwestern United States and northwestern Mexico, the desert tortoise species is considered vulnerable on the conservation status scale, putting it just outside the low-risk categories.

Desert tortoises are split into two species, the Gopherus agassizil and Gopherus morafkai. These tortoises can live anywhere from 50 to 80 years, growing slowly over time and possessing a reproductive rate that is relatively low.

We encourage JM Bullion customers to ask questions about our silver products. Feel free to call us at 800-276-6508, connect with us in our online live chat, or simply send us an email.