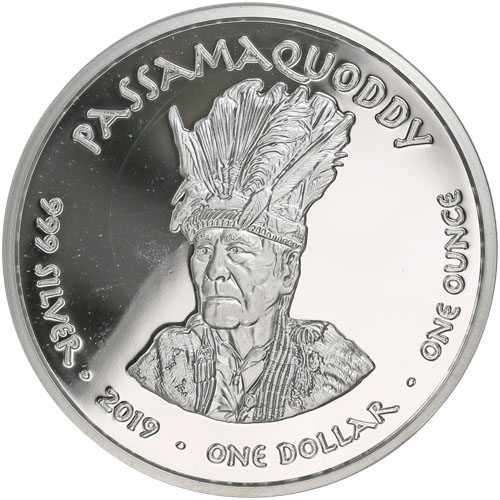 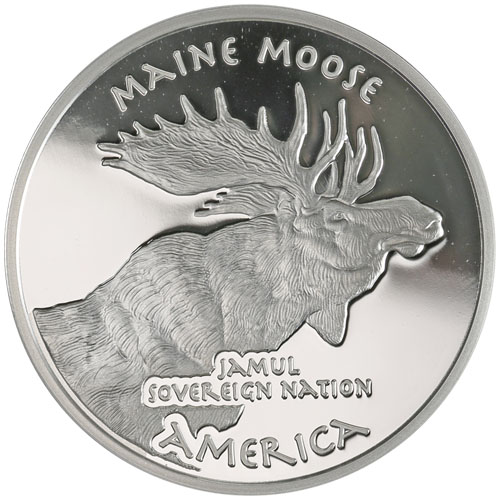 The Proof Native American Silver Dollar Series of coins from the Native American Mint celebrates the culture and role of First Nation and indigenous tribes in North America. The collection features a different tribe from each of the 50 states in the US and some portions of Canada. The 2019 1 oz Proof Maine Passamaquoddy Moose Silver Coin is currently available to you for purchase online from JM Bullion.

The Passamaquoddy tribe had no written history prior to the arrival of Europeans on the North American continent. Historically calling the regions of Maine in the United States and New Brunswick in Canada, the tribe was part of the loose Wabanaki Confederacy among the Algonquin-speaking tribes that inhabited this region prior to the arrival of Europeans.

The name Passamaquoddy in the Algonquin tongue literally translates as Pollock-spearer, which speaks to the history of the tribe living off the abundance of fish from the Atlantic Coast of North America, particularly in the New England region of the US. Today, there are some 3,576 tribal members living who identify as Passamaquoddy, with the vast majority living in Maine in the US.

On the obverse of the 2019 1 oz Proof Maine Passamaquoddy Moose Silver Coin, youll find the stoic portrait of a tribal elder from the Passamaquoddy. The majority of the living descendants of this tribe live in Washington County, Maine. They are split between the Indian Township Reservation and the Passamaquoddy Pleasant Point Reservation.

The reverse of 2019 Proof Maine Passamaquoddy Moose Coins includes the image of a moose. The moose is a large and powerful mammal. In fact, the moose is the largest and heaviest member of its extant species in the deer family. Moose are found throughout North America, from the Western United States through the Midwest, to Maine and up into various provinces of Canada.

We encourage all JM Bullion customers to contact us with questions about buying silver at 800-276-6508. You can also connect with us online through our live chat and email address.