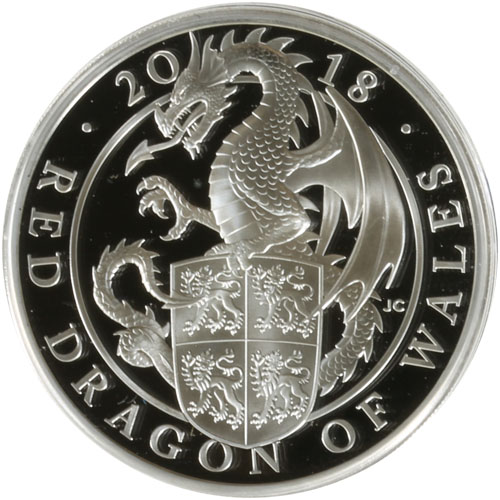 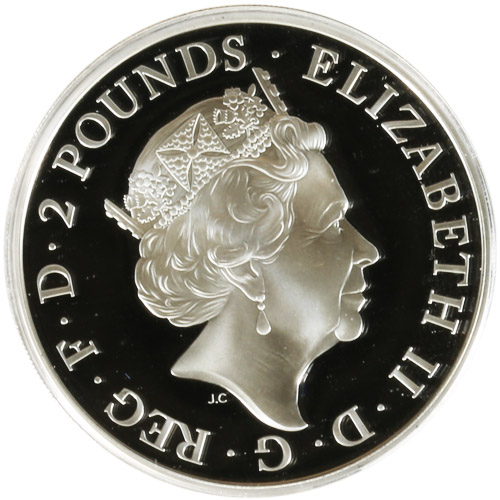 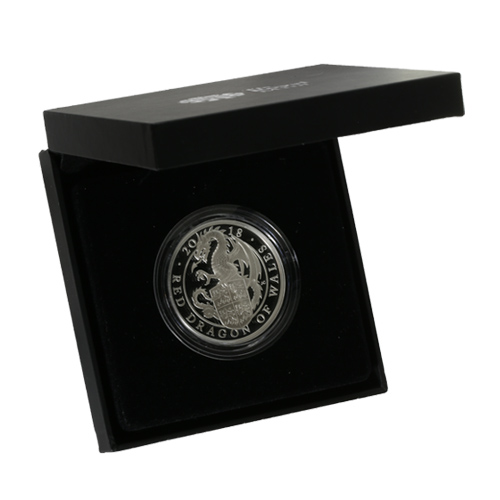 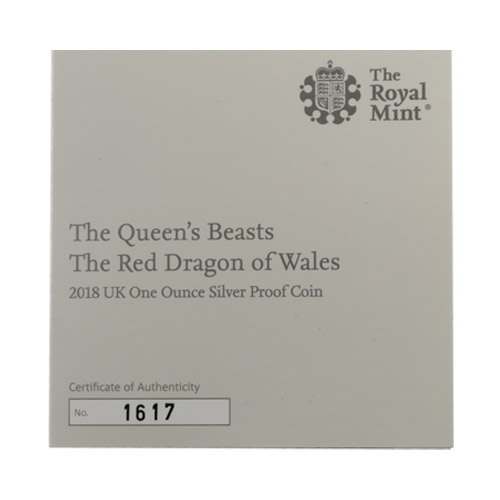 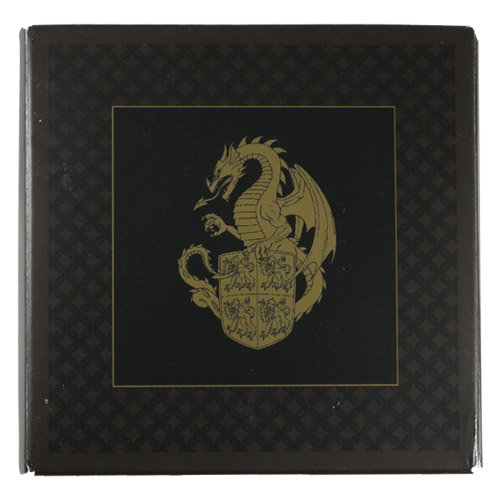 The Queens Beast Series from the Royal Mint of England is a 10-coin release. The series focuses on the major heraldic creatures from the history of the monarchy in Britain as depicted in the form of wooden statues at the 1953 coronation ceremony for Queen Elizabeth II. Now, 2018 1 oz Proof British Silver Queens Beast Dragon Coins are available to you for purchase online from JM Bullion.

The Red Dragon of Wales is actually the oldest heraldic beast in the Royal Arms of England. Tales of the red dragon predate the modern monarchy, tracing its roots back to the early 6th century. Known as the red dragon of Cadwallader, the ancient king of Gwynedd, the Red Dragon is seen as frightening, but strong, wise, and powerful.

King Henry VII, founder of the House of Tudor, brought the Red Dragon of Wales to the Royal arms through his father Owen Tudor who claimed Welsh heritage. The soldiers of Henry VII carried the dragon standard at the Battle of Bosworth that Henry won to secure the crown of England from the House of York.

On the obverse of 2018 1 oz Proof British Silver Queens Beast Dragon Coins is a depiction of Queen Elizabeth II. This is the fifth-generation image of the Queen to feature on British coinage. It was created in 2015 by Jody Clark and depicts the Queen wearing the Royal Diadem crown.

These 2018 1 oz Proof British Silver Queens Beast Dragon Coins are available to you with beautiful proof visuals. The 1 oz silver coins are individually housed inside of Royal Mint of England presentation cases and come with a Certificate of Authenticity. The proof visuals deliver mirrored backgrounds behind frosted designs.

We encourage JM Bullion customers to call us with questions at 800-276-6508. You can also chat with us live online or email us directly.