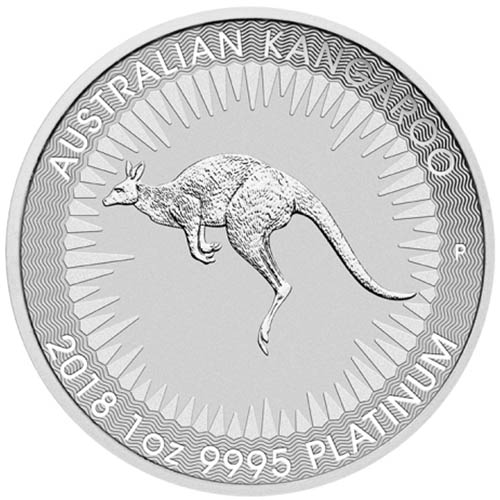 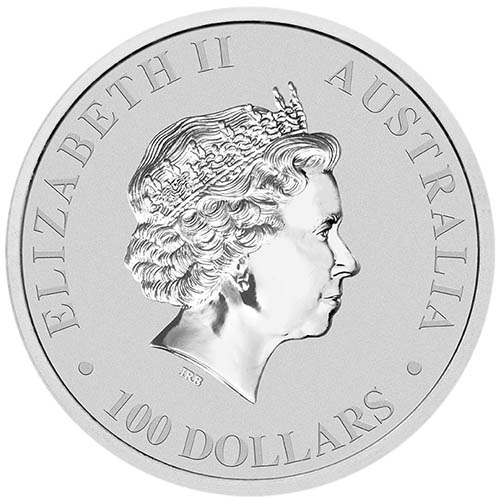 The Australian Kangaroo is a popular annual coin release from the Perth Mint. For more than two full decades, the only version of the Australian Kangaroo available for purchase was the gold coin for sale. In 2016, Perth Mint added a silver coin to the series for the first time, and now in 2018 there is another first to be enjoyed. Right now, the 2018 1 oz Australian Platinum Kangaroo Coin is available to purchase online from JM Bullion.

Each of the 2018 1 oz Australian Platinum Kangaroo Coins in this listing are in BU condition. Coins in BU condition exhibit no signs of wear and tear, though the potential for minor flaws does exist. These flaws are limited to breaks in the luster, spotted surfaces, or contact marks from the coining process.

For the first-ever release of the Australian Platinum Kangaroo, the Perth Mint has chosen the image of the red kangaroo. Once used on circulation coinage on the penny, the red kangaroo design has featured on Gold Kangaroo coins, proof silver coins, and is the static Silver Kangaroo bullion coin design.

The obverse of the Platinum Kangaroo includes the effigy of Queen Elizabeth II. Her Majesty appears on the obverse of all Australian coinage, with this particular design coming from the fourth-generation image. Created in 1998 by Ian Rank-Broadley, it appears on all British, Australian, and commonwealth coins.

On the reverse of the 2018 1 oz Australian Platinum Kangaroo Coin you’ll find the image of a red kangaroo. The largest member of the species, the red kangaroo is captured hopping from right to left across the design field and has stylized bursts of sunshine rays coming from the background field.

The Perth Mint is a state-owned entity of Western Australia, and is the oldest operating mint in the nation. Though a separate entity from the Royal Australian Mint in Canberra, the Perth Mint’s coinage enjoys legal tender status under the Currency Act of 1965.