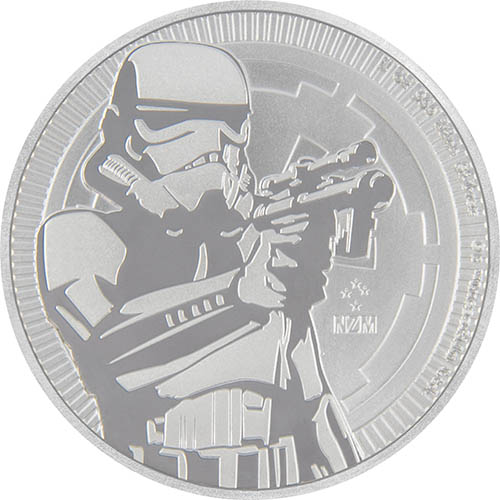 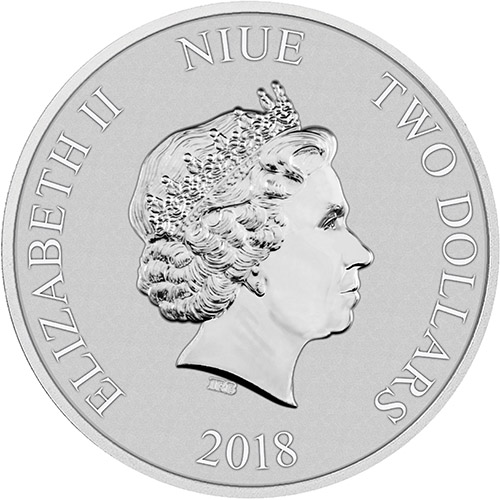 The face of evil in the Star Wars universe might belong to the masked villain Darth Vader, but the henchmen carrying out the devilish wishes of the Empire were Stormtroopers. Dressed in all white with powerful blasters, Stormtroopers were familiar foe for the forces of the Rebellion. Right now, the 2018 1 oz Niue Silver Star Wars Stormtrooper Coin is available to purchase from JM Bullion.

Each 2018 1 oz Niue Silver Star Wars Stormtrooper Coin in this listing from JM Bullion is in BU condition. Coins in this condition exhibit no signs of wear and tear, though you may notice minor flaws ranging from breaks in the luster and spotted surfaces to contact marks from the coining process.

Stormtroopers were introduced in 1977 in the original Star Wars film. These grunts for the evil Empire appeared in every film, battling the members of the Rebellion on planets throughout the galaxy. The Stormtroopers all wore iconic white uniforms and famously never removed their helmets at any point in time during the original films.

Your 2018 1 oz Niue Silver Star Wars Stormtrooper Coin is available for purchase inside of individual protective plastic, or in bulk orders. The bulk orders of these silver bullion coins come either in multiples of 25 coins inside of mint tubes, or a Star Wars-themed Monster Box containing 250 coins in total packaged within 10 mint tubes.

On the obverse of all Niue Silver Star Wars Stormtrooper Coins you’ll find the image of Queen Elizabeth II. Her Majesty is featured on this side in right-profile relief, with this depiction serving as the fourth-generation effigy of the Queen since 1952. It was created in 1998 by Ian Rank-Broadley.

The reverse of the 2018 1 oz Niue Silver Star Wars Stormtrooper Coin includes the up-close image of a Stormtrooper. The soldier stands with his blaster gun outstretched in one hand and ready to fire. The finish on the Stormtrooper and other design sets is raised and polished, and set against a background that has a matte finish.

All Niue Silver Star Wars Stormtrooper Coins are produced by New Zealand Mint. The New Zealand Mint is the only private mint in the country and is located in Auckland. The mint produces coinage for various, small nations throughout the South Pacific.