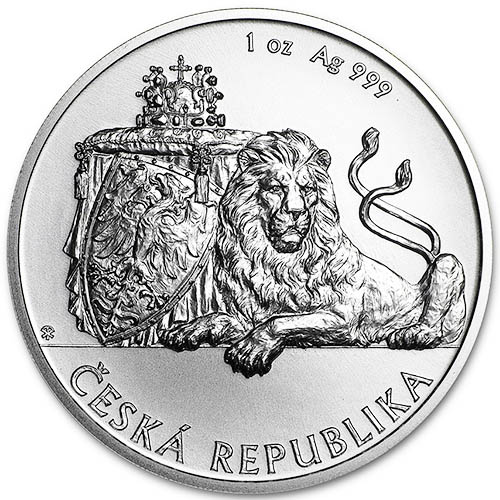 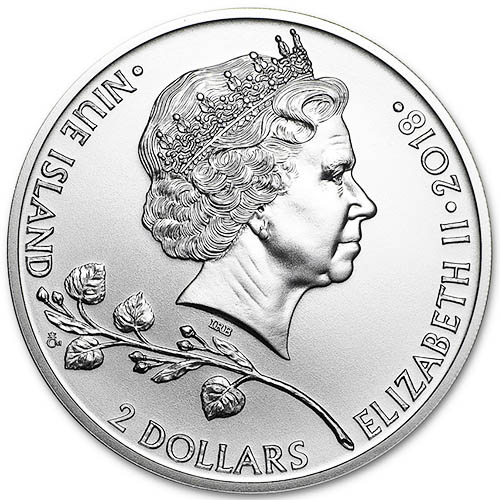 One of the latest silver coins for sale available online is the Niue Czech Lion Silver Coin. Introduced in 2017 by the Czech Mint and struck for the nation of Niue, the coin is a combination that stretches across the globe from the European continent to the South Pacific. Right now, 2018 1 oz Niue Czech Lion Silver Coins are available to purchase online from JM Bullion.

The Niue Czech Silver Lion coin debuted in 2017 featuring designs that bear the primary aspects of the coat of arms for the Czech Republic. The most significant of these design elements is the two-tailed Lion featured in resting position.

On the reverse of the 2018 1 oz Niue Czech Lion Silver Coin is the image of the famed two-tailed lion, known as the Czech Lion. The modern coat of arms for the Czech Republic is a quartered shield that features the flaming eagle in two quadrants and a lion in rampant position in the other two quadrants.

In this design the lion guards the Crown of Saint Wenceslas, as well as a shield that bears the national patrons emblem. The coins are guaranteed by the Czech Mint and feature 1 Troy oz of .999 fine silver, markings of which are found on the reverse.

For the obverse of the Niue Czech Lion Silver Coin youll find the design of Queen Elizabeth II. Her Majesty featured here in right-profile relief, and this is the fourth-generation design which was created for use on commonwealth coins in 1998 by Ian Rank-Broadley.

The Czech Mint is the sovereign mint of the Czech Republic. It is responsible for the production of Czech koruna currency, and was established in 1992 after the dissolution of the former Czechoslovakia.

If you have any questions, please contact JM Bullion at 800-276-6508. You can also connect with us online through our live web chat service and via our email address. Silver prices for today are always listed on our website at all times!