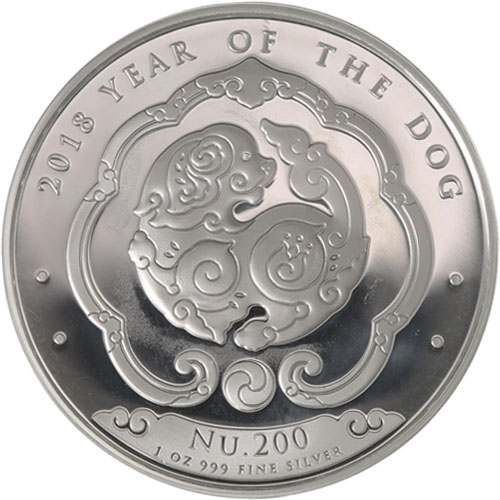 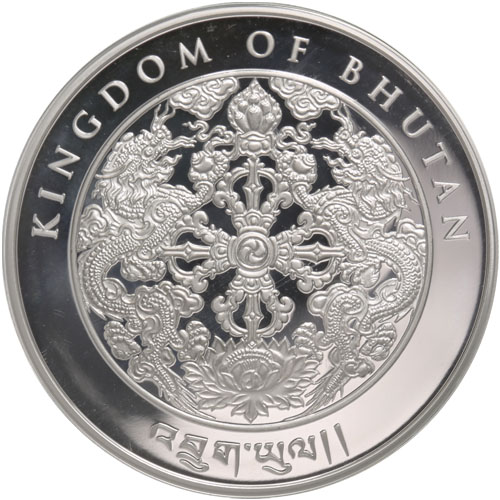 From the Happiest Lunar Coin Series, the Kingdom of Bhutans third issue in its lunar series is the 2018 Year of the Dog design. The collection of silver for sale features artistic, stylized images of the featured animals on the 12-year cycle of the Zodiac with limited mintages for each release. Right now, 2018 1 oz Kingdom of Bhutan Lunar Dog Silver Coins are available to purchase online from JM Bullion

Each of the individual 2018 1 oz Kingdom of Bhutan Lunar Dog Silver Coins in this listing comes to you in Brilliant Uncirculated condition. The coins are housed inside of protective plastic capsules and limited in mintage to just 200,000 investment-grade silver bullion coins for the Year of the Dog release.

Bhutan is a small kingdom that is often known as the happiest country in the world. The kingdom is heavily forested and located atop the eastern edge of the Himalaya Mountains. The kingdom is known around the world for its monasteries, but also offers beautiful natural scenery that includes subtropical plains, steep mountains, and valleys.

On the obverse of 2018 1 oz Kingdom of Bhutan Lunar Dog Silver Coins is the image of a dog. This stylized image of a dog is surrounded in floral design elements with leaves and clouds included. The use of these natural elements reflects the natural beauty of the Kingdom of Bhutan, in particular, the handful of monasteries and villages perched at altitudes that often engulf them in cloud cover.

The reverse of 2018 Kingdom of Bhutan Lunar Dog Silver Coins includes the national emblem of the Kingdom of Bhutan. This seal is captured here in a very intricate depiction and includes inscriptions of the nation of issue in both English and Dzongkha, the native Sino-Tibetan dialect of Bhutan.

Laura J from - May 19, 2021
"I don't usually buy Lunar Coins but I have purchased three different Bhutan Lunar Coins so far. They have such unique designs, very pretty luster, and intricate detailing. They're special in my collection. I keep my eye out for them all the time. I'd like to see more of them in the future."