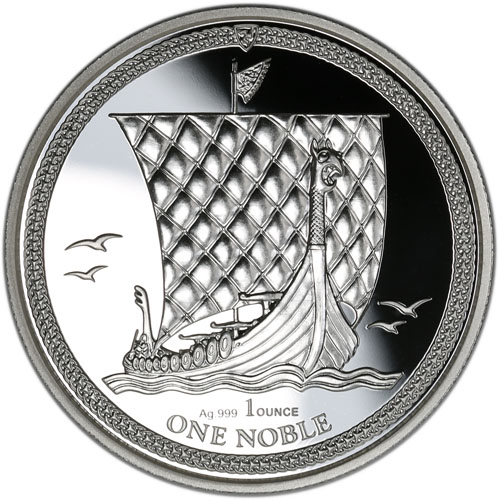 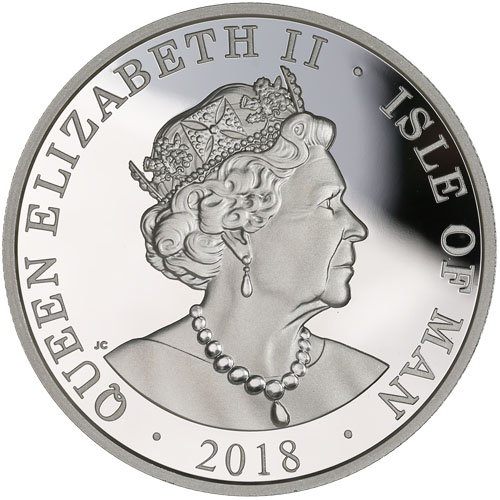 One of the most significant shifts in British coinage took place during the reign of King Edward III of England. Prior to the second coinage of Edward III, England only had low-mintage gold coins which saw little circulation. The noble was the first British gold coin to see high quantity and wider circulation. Today, 2018 1 oz Isle of Man Silver Noble Coins are available with a unique design reminiscent of the original nobles, and are available to you online from JM Bullion.

The English noble gold coins were available from 1344 until the reign of King Edward IV in 1464 when the period of so-called Heavy Coinage resulted in a new version of the noble known as the Gold Angel. The original noble designs issued by Englands ruling monarchs featured various reverse designs, but many shared a similar theme of a ship sailing on the horizon on the obverse.

All of these 2018 1 oz Isle of Man Silver Noble Coins borrow heavily from that concept for the reverse design. Each of the individual Isle of Man Silver Nobles you purchase here today come with an individual capsule and what the mint calls a “proof quality” finish. This indicates the presence of frosted design elements and a proof background field for the silver coin.

On the reverse of the 2018 1 oz Isle of Man Silver Noble Coin, youll find a Viking long ship on the horizon. This is a fitting choice for a noble coin for the Isle of Man. Inhabited since 6,500 BC, the Isle of Man was ruled over for long periods of time by Norseman from the 9th century onward. In fact, King Magnus III, King of Norway, ruled over the Isle of Man as the King of Mann and the Isles.

The obverse side of the 2018 Isle of Man Silver Noble Coin features an effigy of Queen Elizabeth II. This right-profile portrait was created by Jody Clark, who also created the current Royal Mint of England effigy of the Queen. The ruling monarch of Britain, which now controls the Isle of Man as a crown dependency, is considered the Lord of Mann.

Please feel free to reach out to JM Bullion with any questions. You can call us on the phone at 800-276-6508, chat with us live online, or simply send us an email with your inquiries.