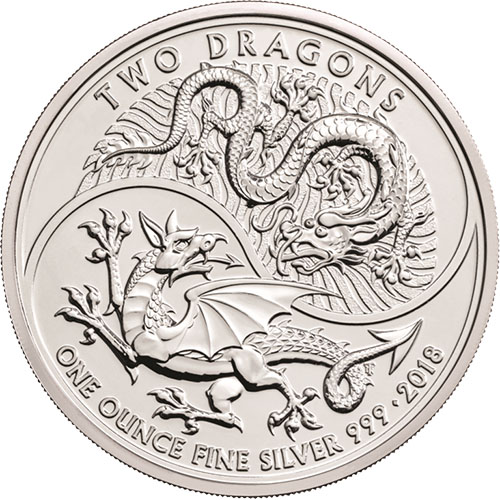 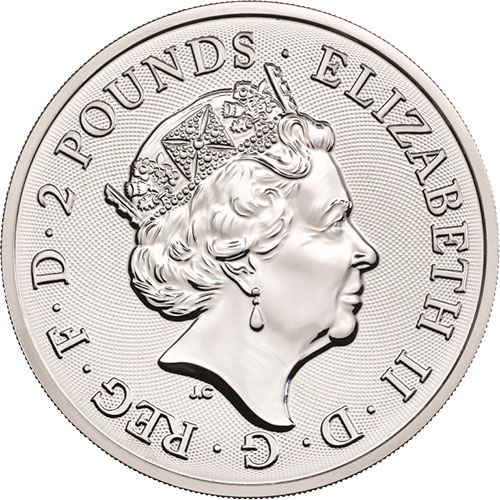 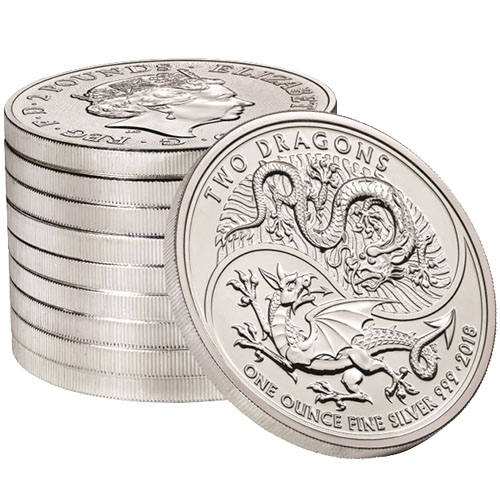 Wales and China couldn’t be farther apart, in terms of geography and culture. As the crow flies it is 5,156 miles from Cardiff, Wales to Beijing, China. There is one symbol that links these two vastly different cultures across two continents: the dragon. In a brand-new silver coin from the Royal Mint, this unifying symbol is captured in two different images. Right now, 2018 1 oz Great Britain Two Dragons Silver Coins are available to purchase online from JM Bullion.

The 2018 1 oz Great Britain Two Dragons Silver Coin is available from the Royal Mint to mark a significant milestone for the mint’s work in Wales. The Royal Mint opened its now-primary coining facility in South Wales 50 years ago, and as its business ventures into Asia expand, the mint is celebrating this milestone alongside its growing portfolio in the Eastern world.

For both the people of Wales and China, dragon is a significant creature that plays a big role in the culture and mythology. The Welsh Dragon, often referred to as the Red Dragon of Wales, now appears on the national flag for the country. Its oldest use in Wales came from Historia Brittonum in 829 AD, and is rumored to have been the battle standard of King Arthur.

In Chinese culture, the dragon is a beast that symbolizes potent and auspicious powers. It is believed in Chinese mythology and folklore that dragons can control water, rainfall, typhoons, and floods, among other elements. The dragon in China is known as a symbol of power, strength, and good luck.

On the reverse of the 2018 1 oz Great Britain Two Dragons Silver Coin you’ll find differing depictions of the dragon common among the two different cultures. On the bottom is the traditional depiction of the Welsh Dragon, with a pointed tail, tongue, and wings. On the top is the traditional depiction of the dragon in Chinese culture as a snake-like beast with four legs and no wings.

The obverse of the Great Britain Two Dragons Silver Coin features the portrait of Queen Elizabeth II. Recently introduced in 2015 as the fifth-generation effigy of Her Majesty, this design was created by Royal Mint Engraver Jody Clark for use on all British coins.

If you have any questions, feel free to reach out to JM Bullion. Our customer service associates are available to you at 800-276-6508, online using our live chat, and via our email address.