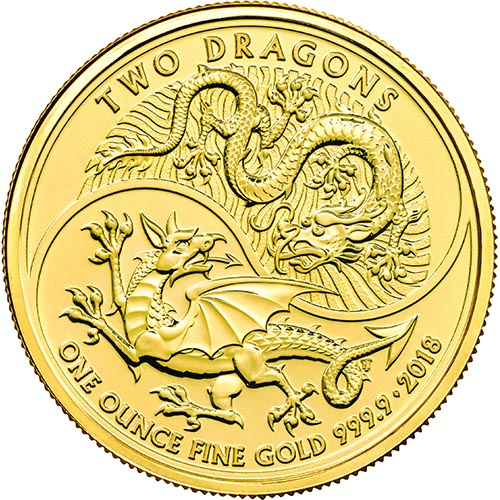 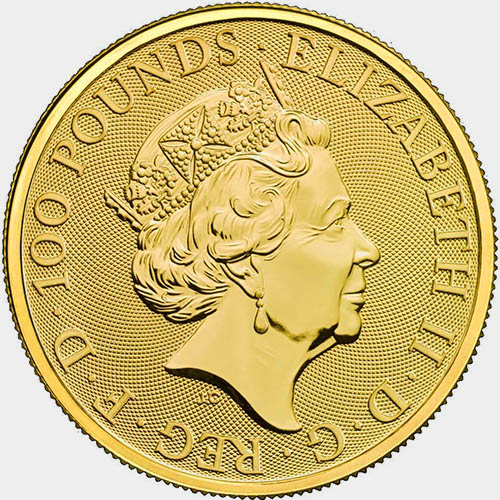 Dragons are among the most powerful and misunderstood creatures in the world. Two nations with a rich history of dragon lore located on opposite sides of the globe come together in the design of a new gold coin series from the Royal Mint. Today, 2018 1 oz Great Britain Two Dragons Gold Coins are available to you online from JM Bullion.

The cultures of Wales and China are vastly different, but they are simultaneously connected by lore involving dragons. The people of China have long viewed the dragon as a symbol of power and wealth, as well as good fortune. In Wales, the red dragon is said to originate on the battle standard of the legendary King Arthur and other ancient Celtic rulers of Britain.

Each of these cultures might share common beliefs in the dragon, but the beasts are depicted much differently. The Chinese dragon is typically snake-like in appearance with as many as eight legs and no wings. The Welsh dragon, by comparison, has four legs and a set of wings with a pointed tongue and tail.

All 2018 1 oz Great Britain Two Dragons Gold Coins follow the release of a silver coin with the same design. The combination of the Welsh dragon and the Chinese dragon commemorates the deep connection between the two countries, while also commemorating the 50th anniversary of the opening of the Royal Mints primary coining facility in Wales.

The obverse side of the 2018 1 oz Great Britain Two Dragons Gold Coin includes the design of Queen Elizabeth II. This is the definitive fifth-generation portrait of Her Majesty which was created in 2015 by Jody Clark of the Royal Mint.

Please feel free to reach out to JM Bullion if you have any questions. You can reach us on the phone at 800-276-6508, chat with us live online, or simply send us an email with your inquiries.