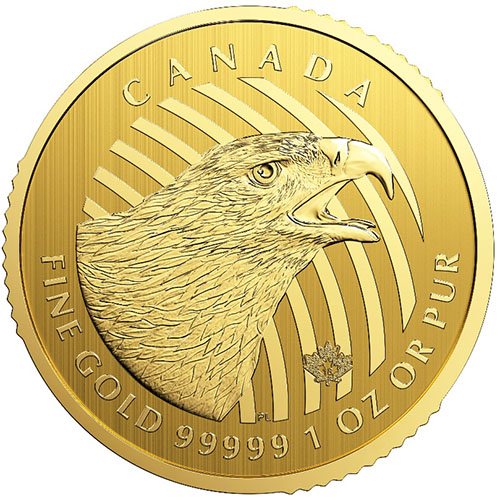 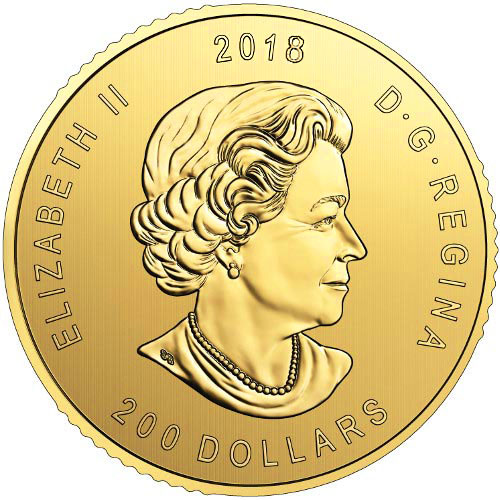 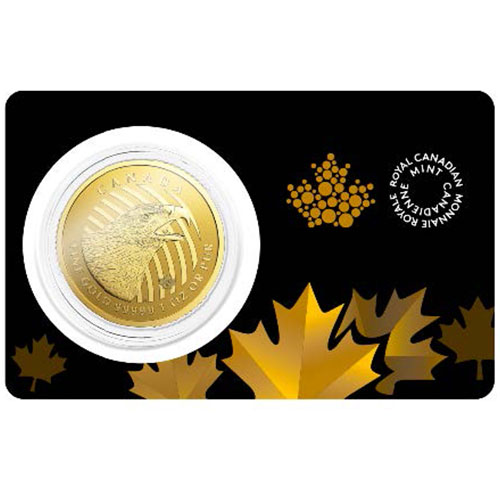 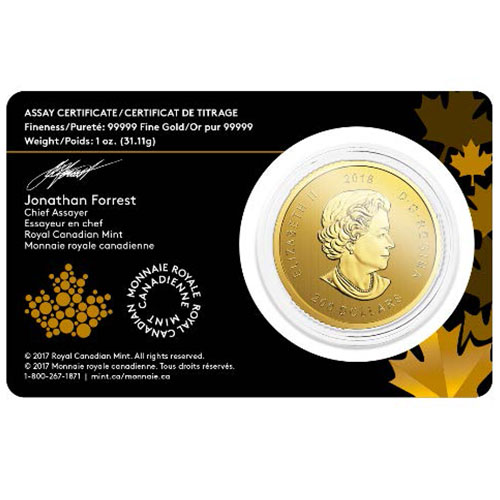 The Royal Canadian Mints Call of the Wild Series is famed for its use of .99999 pure gold content, and now this series continues on with its fifth design release. The Golden Eagle is the most widely distributed species of eagle in North America, and its a perfect choice for the Call of the Wild Series. Right now, 2018 1 oz Canadian Gold Golden Eagle Coins are available to purchase online from JM Bullion.

Each 2018 1 oz Canadian Gold Golden Eagle Coin is in BU condition from the Royal Canadian Mint. Coins in BU condition exhibit no indications of wear and tear from handling, but may feature minor flaws stemming from the coining process. These flaws are limited to breaks in the luster, spotted surfaces, or contact marks.

The Call of the Wild Series from the Royal Canadian Mint highlights the beauty, and terror, of the wild species in the Canadian wilderness. Each design focuses on a different native species to the North American continent, with each animal captured in the midst of its howl, roar, or call that has the ability to strike fear in its prey.

On the reverse of the 2018 1 oz Canadian Gold Golden Eagle Coin youll find the image of the Golden Eagle. This powerful bird of prey has plumage that combines dark-brown feathers with golden-brown feathers on the nape of mature members of the species. The typical Golden Eagle has a range of 77 square miles, and the bird on this coin has golden feathers that shine like never before.

The obverse of all Canadian Golden Eagle Coins features the right-profile portrait of Queen Elizabeth II. Created in 2003 by Susanna Blunt, this is just the second-ever portrait of the Queen for Canadian coinage created by a Canadian artist.