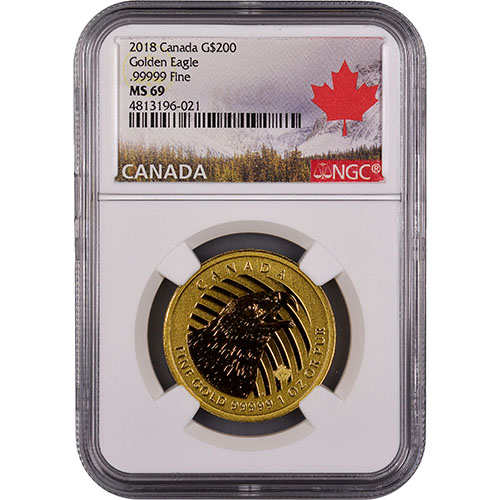 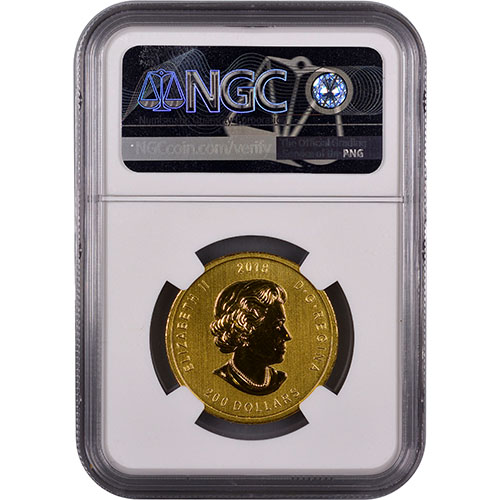 The Royal Canadian Mints Call of the Wild Series continued in 2018 with its fifth design release, this time taking flight into the skies over Canada to depict one of its deadliest aerial predators. Right now, 2018 1 oz Gold Canadian Golden Eagle Coins are available to purchase online from JM Bullion with NGC certification!

Each individual 2018 Gold Canadian Golden Eagle Coin listed here is in near-perfect condition. The NGC issues a Mint State 69 certification to coins with full, original mint luster and a maximum of two minor detracting flaws. Youll find these flaws are limited to minuscule contact marks or hairlines found only outside the coins primary focal points.

The Golden Eagle is an impressive species of aerial predator. One of the best-known birds of prey in the Northern Hemisphere, the golden eagle happens to be the most widely spread species of eagle in the world. Though known as the golden eagle, the birds are actually dark brown with a slightly lighter golden-brown plumage on the nape of their necks.

On the reverse of the 2018 1 oz Gold Canadian Golden Eagle coin is the design of an eagle releasing an ear-shattering shriek. The golden eagle is such a prolific aerial hunter that it is revered among many ancient and existing tribal cultures as a mystic force.

The obverse side of the Gold Canadian Golden Eagle Coins features the right-profile portrait of Queen Elizabeth II. Her Majesty is the longest-reigning monarch in British history, surpassing her great-great-grandmother Queen Victoria I in 2015 for the longest reign. This is the fourth-generation right-profile portrait of the Queen and was designed in 2003 by Susanna Blunt.

The Royal Canadian Mint is the official sovereign mint of Canada. With facilities located in Ottawa and Winnipeg, the mint strikes circulation and commemorative pieces for the nation such as these .99999 pure gold coins.

If you have any questions, please feel free to reach out to JM Bullion. Our customer service team is available to you on the phone at 800-276-6508, online using our live web chat, and via our email address.