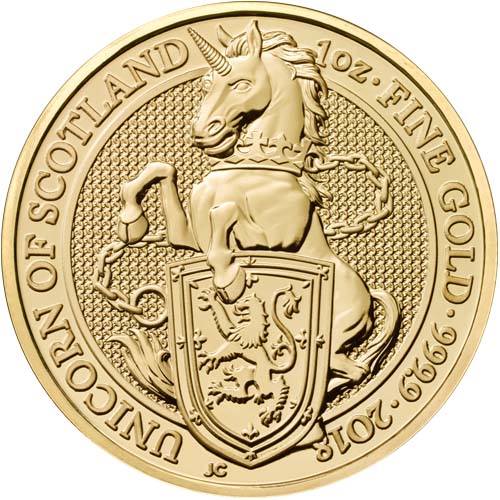 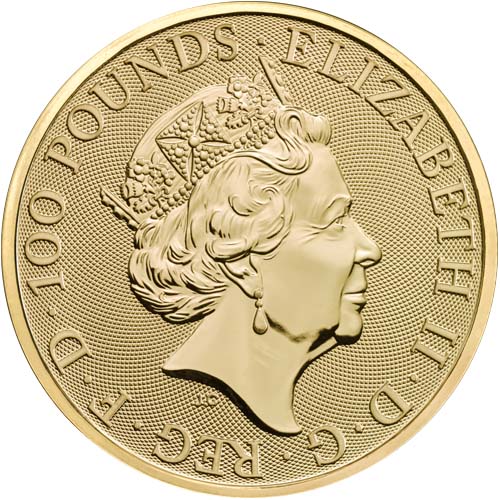 The coins of the British Queen’s Beast collection from the Royal Mint have inspired awe in their design and captured the attention of precious metal enthusiasts from both sides of the divide. Collectors have a great option in the ever-changing designs of the 10-coin series, both bullion and proof, and investors find .9999 gold purity in a Royal Mint product. Today, 2018 1 oz British Queen’s Beast Unicorn Gold Coins are available to you online from JM Bullion.

The Unicorn of Scotland is a powerful symbol of strength that has appeared as part of Scottish heraldry since the 12th century. Later adopted into the British Royal Coat of Arms, the Unicorn is a graceful beast that appears throughout the modern United Kingdom as a symbol of the monarchy on the royal bad as well as other administrative elements, such as British passports.

All 2018 1 oz British Queen’s Beast Unicorn Gold Coins in this release are in BU condition. Coins in BU condition show no signs of wear and tear, though they are not without minor flaws. You may notice breaks in the luster, spotted surfaces, or potential contact marks as result of production at the mint.

The reverse of the 2018 1 oz British Queen’s Beast Unicorn Gold Coin features the image of the powerful Unicorn of Scotland. With a fierce look upon its face and power in its frame, the Unicorn stands on its hind legs behind the British royal badge, which includes the Lion of England upon the shield.

Now located in Wales, the Royal Mint began life as the London Mint during the 8th century. One of Europe’s oldest operating mint systems, the Royal Mint was once housed in the Tower of London and today strikes coinage not just for the United Kingdom, but also an additional 60 other countries around the globe.

Please feel free to contact JM Bullion with questions about these gold coins for sale. You can reach us at 800-276-6508, chat with us live online, or simply send us an email.