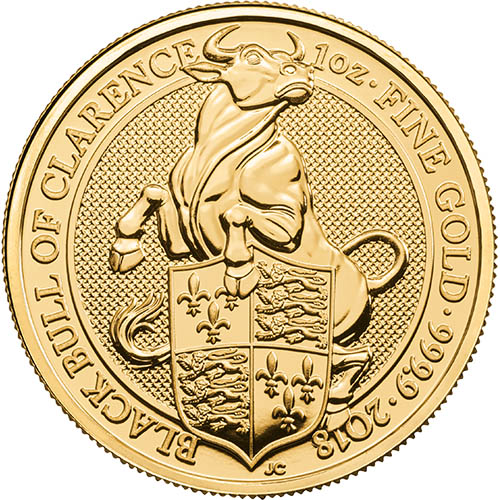 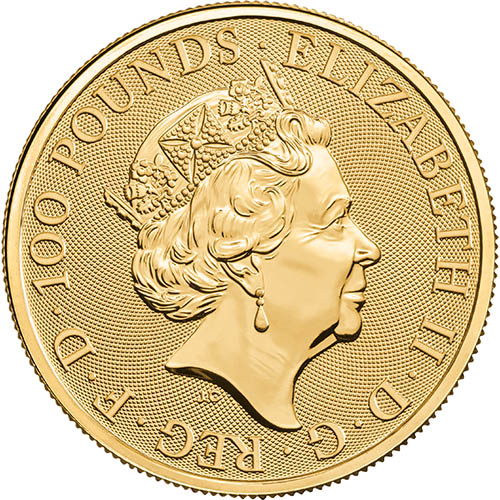 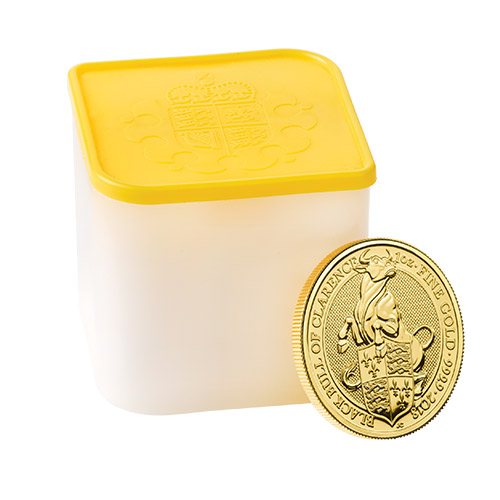 In the Queen’s Beast Series, the Royal Mint introduces 10 different heraldic beasts from the history of the monarchy. Each one was introduced into the Royal Arms at some point in the monarch’s history, and each came with its own unique background. Today, 2018 1 oz British Gold Queen’s Beast Black Bull Coins are available to you online from JM Bullion.

The Queen’s Beast collection features 10 coin releases in total, with each design captured on various bullion coin options. In addition to these 1 oz gold coins, the series offers ¼ oz gold, 2 oz silver, 10 oz silver, and 1 oz platinum coins. All heraldic beasts in the collection come from the coronation ceremony of Queen Elizabeth II in 1953.

All 2018 1 oz British Gold Queen’s Beast Black Bull Coins in this listing are available to you in BU condition. Coins in BU condition show no signs of wear and tear, but are not perfect specimens. It is possible for production flaws to exist such as breaks in the luster, spotted surfaces, and contact marks.

The reverse of the 2018 1 oz British Gold Queen’s Beast Black Bull Coin includes the Black Bull of Clarence. Introduced into the Royal Arms by King Edward IV, the first king from the House of York, the Bull was used by Edward IV and his brother Richard III. The design features a powerful bull standing behind a shield with the Royal Arms.

The Royal Arms design featured in this shield was used over 200 years and showcased dual claims by British kings to the thrones of England and France. Two quadrants bear the golden lions of England, while the other two quadrants feature the lilies of France.

Please feel free to reach out to JM Bullion with questions about these coins. You can call our customer service team at 800-276-6508, chat with us live online, or email us directly.