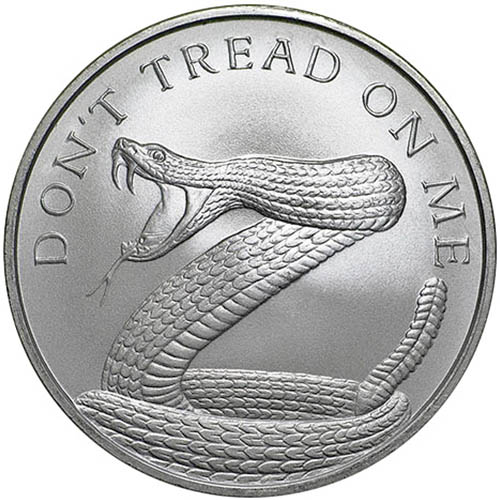 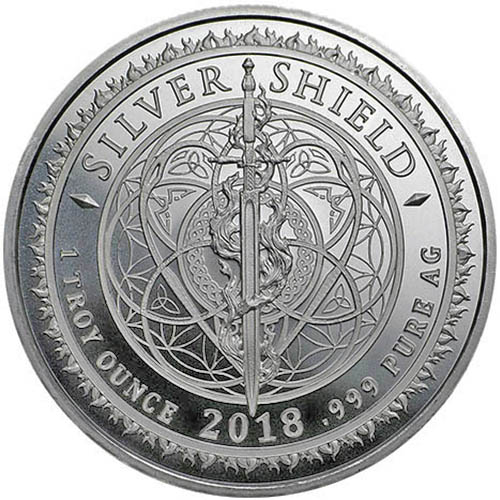 When the oppressed individual squares off against a larger, tyrannical force, the battle cry of this hopeful sole is one that many Americans are no doubt familiar with. “Don’t Tread on Me” was a rallying cry for the colonial residents of America chafing under the harsh control of the British Empire. Today, its primary imagery is found on the 2018 1 oz Don’t Tread on Me Silver Shield Round available to you online from JM Bullion.

The phrase “Don’t Tread on Me” is a common one used by oppressed people. When it comes to American history, the rallying cry originated during the American Revolution. The symbolism featured a coiled rattlesnake poised to strike as a last measure of its defense. Pushed to the brink by the British Empire and its absent representatives an ocean away, American colonists had no choice but to strike back.

A rattlesnake was chosen as an association with this phrase because timber rattlesnakes were prominent in the original Thirteen Colonies when the British controlled America. American general and politician Christopher Gadsden assembled the first group of Continental Marines in 1775 and they marched from Philadelphia with drums painted yellow bearing a yellow flag with the rattlesnake and the phrase “Don’t Tread on Me.”

On the obverse of the 2018 1 oz Don’t Tread on Me Silver Shield Round, you’ll find a modern take on this famous design. This snake, like its predecessors, is poised to strike in defense of all it holds dear. The original rattlesnake in the Don’t Tread on Me designs had 13 rattles, one for each of the American colonies.

The reverse of the 1 oz Don’t Tread on Me Silver Shield Rounds features the common design element of all rounds in the Silver Shield Collection. There is a single sword set in the middle with ornate design features around it, flames encircling the outer edge of the design field, and engravings of the round’s weight, year of issues, purity, and metal content.

All Silver Shield Collection Rounds are available to you from the Golden State Mint (GSM). The mint was founded in 1974 by Jim Pavlakos and is operated with the assistance and contribution of his son Andrew.

Please feel free to reach out to JM Bullion as you look at our silver for sale. Our customer service team is available to you on the phone at 800-276-6508, online using our live chat service, or by simply sending us an email.