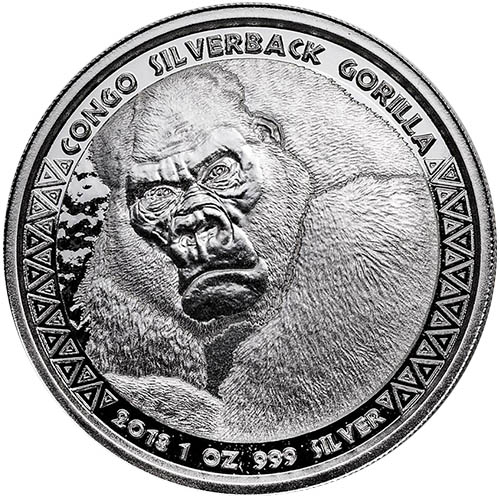 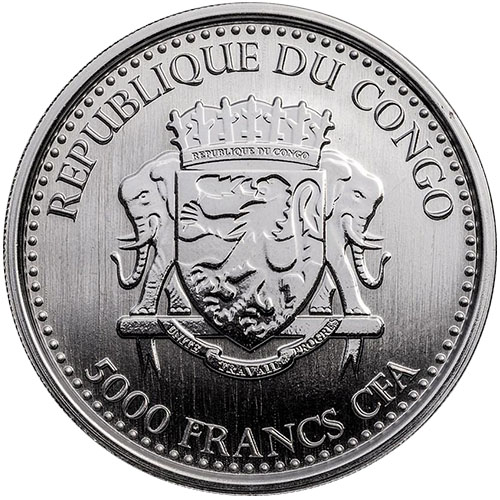 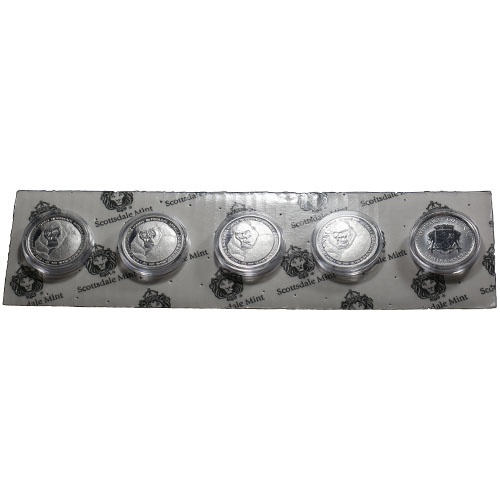 Each new release in the Congo Silver Silverback Gorilla coin collection depicts the Silverback, generally considered the alpha male of the family unit. Gorilla family units are known as troops and contain only one Silverback, which earned its name as a result of the stripe of silver fur on its back that results from age.

The 2018 1 oz Congo Silver Silverback Gorilla Coin brings a new design to the Scottsdale Mint’s series. This design again focuses on the facial features of the male, which in this release again includes a look of suspicion as though it has just caught an intruder wandering into the family’s habitat.

All coins in the 2018 Congo Silver Silverback Gorilla release feature proof-like features. Proof-like bullion coins often mimic the appearance of proof coins, with frosted elements to the design set and a mirrored appearance for the background field.

On the obverse of the 2018 Congo Silver Silverback Gorilla Coin is the aforementioned image of a gorilla. The gorilla is split into two major species: western and eastern gorilla. Within these two subsets are four subspecies in total which include the western lowland gorilla, Cross River gorilla, eastern lowland gorilla, and the mountain gorilla. Most silverback beasts are recorded living in the reclusive mountain gorilla subspecies troops deep in the dense forests and highlands of central Africa.

The reverse side of the 2018 1 oz Congo Silver Silverback Gorilla Coin features the official coat of arms for the Republic of Congo. Once a French colony in central Africa, the Republic of Congo sits on a thin slice of land jutting in from the Atlantic Ocean to the highlands of central Africa. The seal includes a rampant lion holding a torch and is supported on either side by African elephants.

Please don’t hesitate to contact JM Bullion with questions about these coins. You can call us at 800-276-6508, chat with us live online, or simply send us an email. You can also find the latest price of silver per ounce on our website at any time!

John D from NC - August 14, 2018
"One of my favorite African Wildlife Coins. The Silver Back Gorilla is Outstanding. Hope to get plenty more soon. "