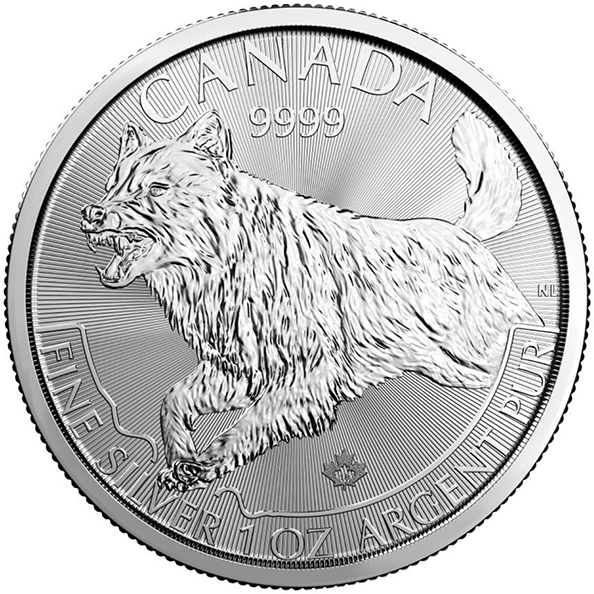 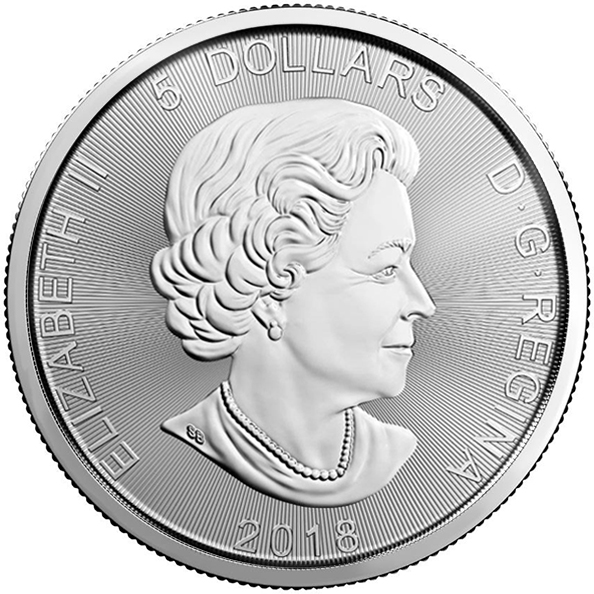 The Royal Canadian Mint is no stranger to the release of silver coins which generate intense interest among both investors and collectors. Among the many releases you’ll find from RCM are those coins with beautiful wildlife-themed designs. Right now, 2018 1 oz Canadian Silver Wolf Predator Series Coins are available to purchase online from JM Bullion.

Each of the 2018 1 oz Canadian Silver Wolf Predator Series coins available here is part of the third release in the four-coin series of Predator Coins from the Royal Canadian Mint. Available in BU condition, these silver coins for sale arrive in individual plastic, mint tubes of 25 coins, or Monster Boxes containing a total of 500 coins.

Although these Canadian Silver Wolf Predator Series Coins are a bullion finish with a frosted relief on the radial-lined background. The Wolf follows the releases of the cougar in 2016 as the inaugural issue, followed by the Lynx in 2017. Designs to date have come from artist Nathalie Legace.

The gray wolf is known throughout North America as the timber wolf, western wolf, or simply wolf. Call it what you will, the gray wolf is the largest extant member of its family. Males in the species reach an average weight of 95 to 99lbs, while females reach weights between 79 and 85lbs.

On the reverse of the 2018 1 oz Canadian Silver Wolf Predator Series Coin you’ll find the image of a wolf on the prowl as it hunts its next meal. The gray wolf has a population in Canada of roughly 50,000 individuals, which makes it the second largest concentration of wolves in the world behind the nations of the former Soviet Union.

The obverse of the Canadian Silver Wolf Predator Series Coin features the image of Queen Elizabeth II. Her Majesty’s effigy here comes from Susanna Blunt. Created in 2003, it is the fourth-generation design of the Queen’s portrait to grace Canadian coins.

The Royal Canadian Mint is the official sovereign mint of Canada. Founded in 1908 in Ottawa, the RCM expanded in the 1980s to include a second facility in Winnipeg.

If you have any questions, please don’t hesitate to ask. You can contact JM Bullion at 800-276-6508, chat with us online, or email us directly.

Christopher from - September 21, 2019
"I can only imagine what this snarling wolf is giving chase to. His shaggy is very detailed and shiny. A lovely coin from JM Bullion. "