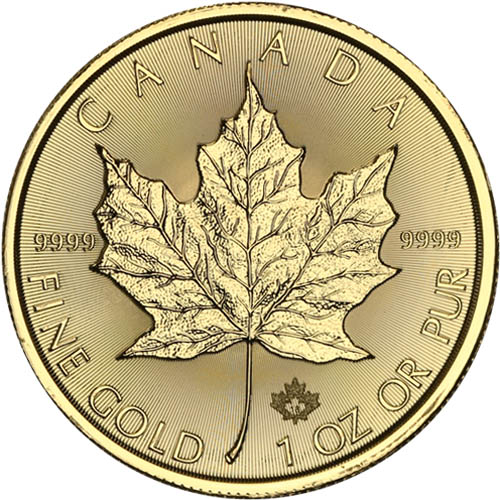 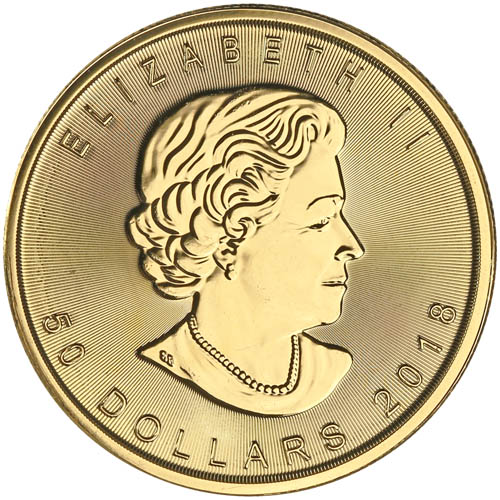 Arguably one of the most sought-after gold coins in the world, the Canadian Gold Maple Leaf coin is the official gold bullion product of Canada. Struck by the Royal Canadian Mint for the first time in 1979, it is the second oldest modern bullion coin behind only the South African Gold Krugerrand. Right now, 2018 1 oz Canadian Gold Maple Leaf coins are available for purchase online from JM Bullion.

Each 2018 1 oz Canadian Gold Maple Leaf Coin is available to you online in BU condition. Coins in BU condition exhibit no signs of wear and tear, though you may notice minor flaws from the coining process. The potential for these flaws is normal and includes possible breaks in the luster, spotted surfaces, or contact marks.

The Royal Canadian Mint has recently embarked on an ambitious program to enhance the security of its gold bullion coins. The addition of radial lines to the coins started in 2015, and a maple leaf privy mark with the year of issue visible only under magnification was also introduced at that time.

Now, the Royal Canadian Mint is taking further action with a Bullion DNA program. This uses a new textured maple leaf security privy mark along with the year of issue micro-engraving within the maple leaf to bolster security of its bullion. These micro-engravings are encoded, scanned, and recorded at the mint for future authentication of individual coins.

The obverse of all Canadian Gold Maple Leaf coins features the right-profile portrait of Queen Elizabeth II. Designed in 2003 by Susanna Blunt as the fourth-generation image of Her Majesty to appear on Canadian coins, it is the first and only one to date to depict Elizabeth II without a crown on her head.

All Canadian Gold Maple Leaf coins are struck by the Royal Canadian Mint. Opened in 1908, it features facilities in Ottawa and Winnipeg.

Rick from OH - August 27, 2018
"Purchased another 2018 Gold 1 oz. Maple Leaf today. Just like all RCM products, this coin is perfection in every way! Get yours now while the price is low. JM Bullion rocks!"