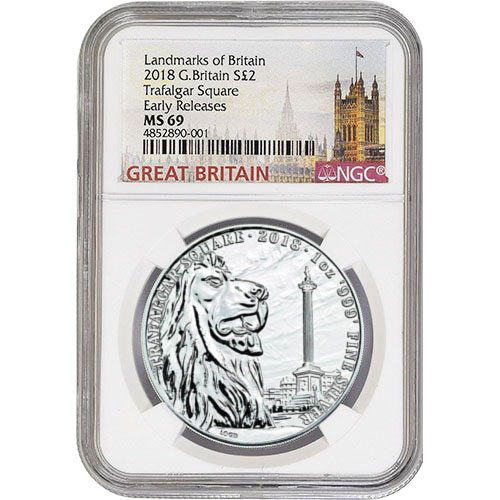 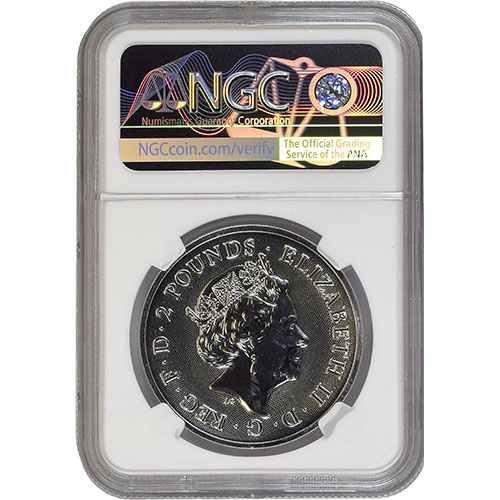 The Landmarks of Britain collection from the Royal Mint of England is a stunning series of silver bullion coins which highlight some of the most iconic architectural structures found throughout the United Kingdom. Following Big Ben and Tower Bridge, youll find Trafalgar Square in the series. The 2018 1 oz British Trafalgar Square Silver Coin is currently available to you for purchase online from JM Bullion.

The 4-coin series known as the Landmarks of Britain Collection comes from the Royal Mint of England. Launched in 2017, the collection includes the images of Big Ben and the Clock Tower, the Tower Bridge, Trafalgar Square, and Buckingham Palace. Each coin has a limited initial mintage of 50,000 coins and features .999 pure silver.

Trafalgar Square was originally the site of the Kings Mews in London, a collection of stables for the kings carriages and horses. The site, formerly known as Charing Cross, has been Trafalgar Square since 1840 when construction on the public square was completed. The square celebrates the nations victory over Spain and France in the Battle of Trafalgar.

On the reverse of the 2018 1 oz British Trafalgar Square Silver Coin, youll notice the image of a giant Lion lying at rest at the base of Nelsons Column, which honors Admiral Horatio Nelson. Admiral Nelson led the Royal Navy in the Battle of Trafalgar on 21 October 1805 off the coast of Cape Trafalgar, Spain.

The obverse of the 2018 British Trafalgar Square Silver Coin features the latest effigy of Queen Elizabeth II. Her Majesty is featured here in a right-profile design from Jody Clark which depicts the monarch at the age of 89.

These 2018 1 oz British Trafalgar Square Silver Coins earned Mint State 69 certifications from the NGC. Coins in this condition showcase full, original mint luster along with two minor detracting flaws. Those flaws are limited in nature to minuscule contact marks or hairlines, and limited in scope to areas outside the primary focal areas of the coins. The ER label indicates the coins arrived at the NGC within 30 days of their 2018 release from the Royal Mint.