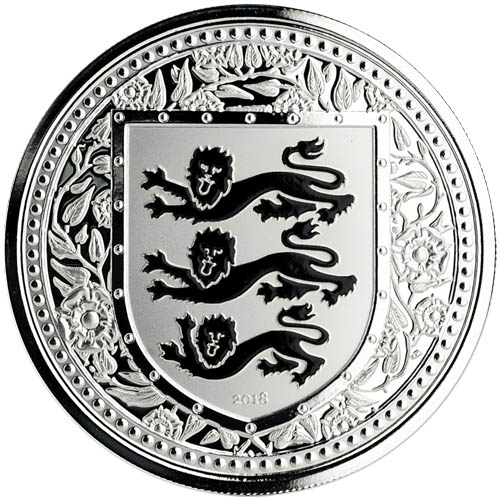 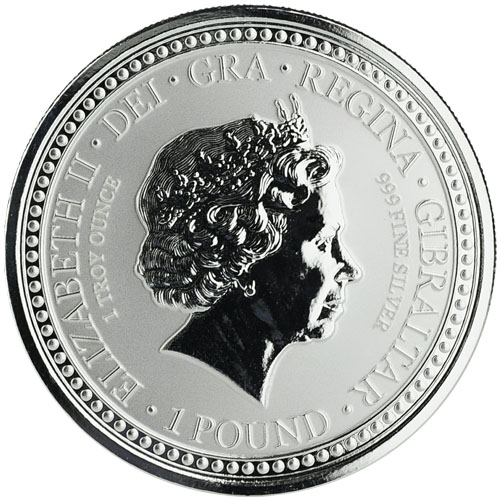 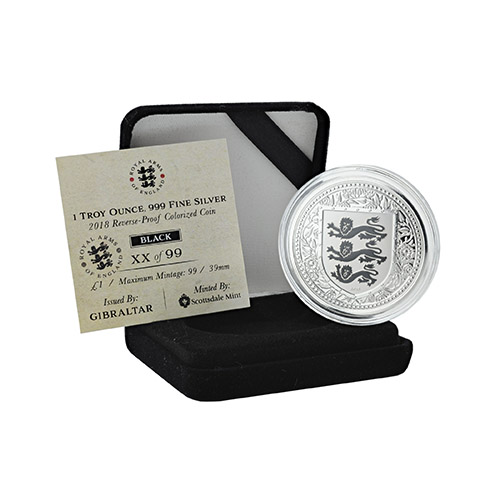 King Richard I of England had a relatively short reign as King of England and was absent from his kingdom for much of that reign. However, his conquests in battle made him one of Englands greatest leaders and earned him the name Richard the Lionheart. Right now, 2018 1 oz British Royal Arms of England Gibraltar Reverse Proof Silver Coins in black are available to purchase online from JM Bullion.

Each 2018 1 oz British Royal Arms of England Gibraltar Reverse Proof Silver Coin in this product listing has a black colorization on the reverse design. The only colorized objects on the coin are the Three Lions of the Royal Arms of England. Further, the colorized proof coins in this release are reverse proofs. A reverse proof coin has strong, frosted background fields with deeply-mirrored design elements.

On the obverse of 2018 1 oz British Royal Arms of England Gibraltar Reverse Proof Silver Coins is the image of Queen Elizabeth II. Her Majesty is featured here in a right-profile portrait designed in 1984 by Raphael Maklouf as the third-generation portrait for Royal Mint of England coinage.

The reverse of the 2018 British Royal Arms of England Gibraltar Reverse Proof Coin is the first official Royal Arms of the Kingdom of England. Designed by King Richard I, or Richard the Lionheart, the design includes a shield with Three Lions stacked vertically in passant guardant stance.

Richard the Lionheart reigned over England as the second Plantagenet King of England. His father, King Henry II, was the first king from the House of Plantagenet. During his 10-year reign, Richard I spent most of his time fighting to defend Plantagenet lands in France or in the Crusades in the Middle East. Richard I was the leading Christian commander of the Third Crusade and struck considerable victories against Saladin, the Muslim commander. His successes in battle earned him the name Richard the Lionheart.

If you have any questions when buying silver, please contact JM Bullion. Our customer service team is available at 800-276-6508, online using our live chat, and via our email address.