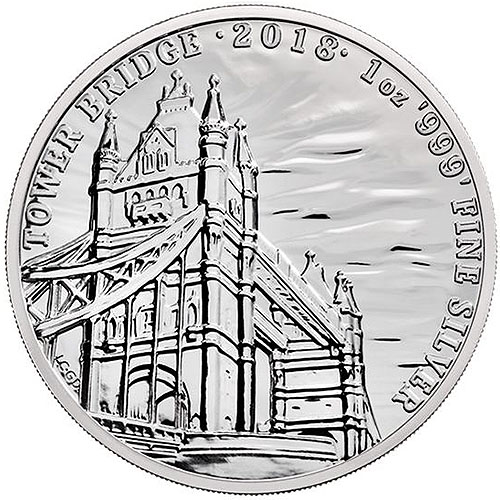 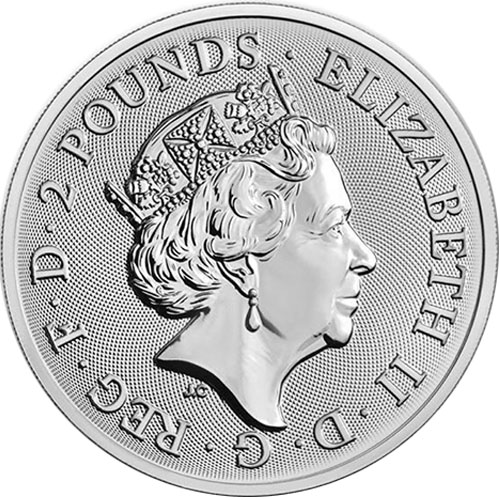 The Landmarks of Britain coin series from the Royal Mint brings some of the most iconic architectural structures in the nation. Centered in the city of London, many of these landmarks are known to people around the world whether theyve set foot on English soil or not. Right now, 2018 1 oz British Landmarks of Britain Tower Bridge Silver Coins are available to purchase online from JM Bullion.

Each 2018 1 oz British Tower Bridge coin available to you here comes in a protective plastic capsule. The Tower Bridge issue is the second coin in a four-coin silver bullion series that features additional designs of Big Ben, Trafalgar Square, and Buckingham Palace. The Big Ben coin was the debut design issued in 2017.

Tower Bridge is located downstream from the famous London Bridge and was conceptualized in the second-half of the 19th century. London leaders realized the need for a new bridge to connect the city over the River Thames, but could not afford to place a bridge in the model of London Bridge on this point in the river.

On the reverse of the 2018 1 oz British Tower Bridge Coin is the image of the iconic suspension bridge from road level looking up at the two distinguished towers. The bridge towers on the structure are tied together at the upper level by horizontal walkways designed to withstand all the tension forces the suspended sections between the towers and land exert on the structure.

If Tower Bridge had been built in the model of London Bridge it would have cut off access for tall mast sailing ships needing to reach the port facilities in the Pool of London, which is located between London Bridge and the Tower of London.

The obverse of the 2018 British Tower Bridge Coin features the effigy of Queen Elizabeth II. Her Majesty’s image is depicted here in the fifth-generation design created in July 2015 for the Royal Mint by engraver Jody Clark. As with other 2018 issues from the Royal Mint, the background field of the obverse has the new guilloche design element.

Irina from CA - November 10, 2018
"The coin is very shiny in the capsule. Nice to have, especially who is into the bridges. High premium."