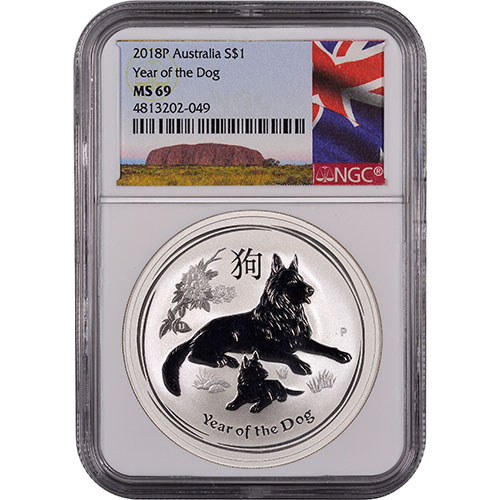 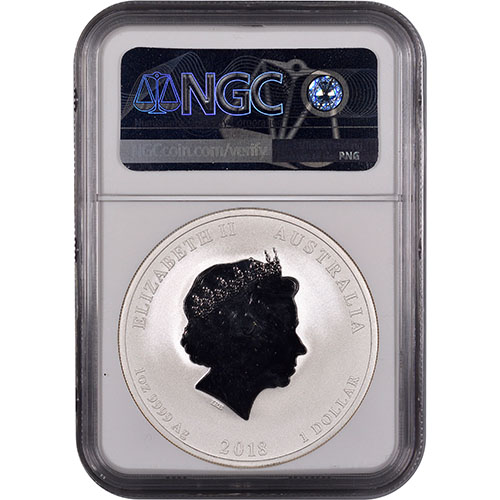 The Perth Mints Lunar Series II collection of silver and gold coins is one of the most sought-after global programs around right now. The coins have a new design each year of release in a 12-year cycle, with separate designs dedicated to the gold and silver coins respectively. Right now, 2018 1 oz Australian Silver Dog Coins are available to purchase online from JM Bullion with NGC certification.

Each 2018 1 oz Australian Silver Dog available in this listing is a near-perfect specimen according to the graders at the NGC. Coins with the Mint State 69 certification exhibit full, original mint luster with a maximum of two minor detracting flaws. The flaws present on these coins are limited to minuscule contact marks or hairlines found only outside the primary focal areas of the coins surface area and design elements.

The Lunar Series II collection launched in 2008 from the Perth Mint, and like its predecessor the Lunar Series, there is a new coin design each year that coincides with the animal feature on the Chinese lunar calendar that year. For 2018, it is the Year of the Dog, and the Perth Mint marks the penultimate release in this second lunar collection with a stunning German shepherd design on the reverse.

On the reverse of the 2018 1 oz Australian Silver Dog Coin youll find the image of two German shepherds lying on the ground. A small puppy is in the foreground, with a larger adult just behind it offering guidance and protection. The dogs are depicted in a field of grass with Chinese peony flowers in the background.

The obverse of the Australian Silver Dog Coins have the right-profile portrait of Queen Elizabeth II. Captured here in a fourth-generation design from Ian Rank-Broadley, this image of Her Majesty has been in use on British, Australian, and commonwealth coins since 1998.

Ing Ing Jong is the current designer for the Perth Mint in the Lunar Series II collection. Perth Mint is located in the state of Western Australia, and operates independent of the Royal Australian Mint.