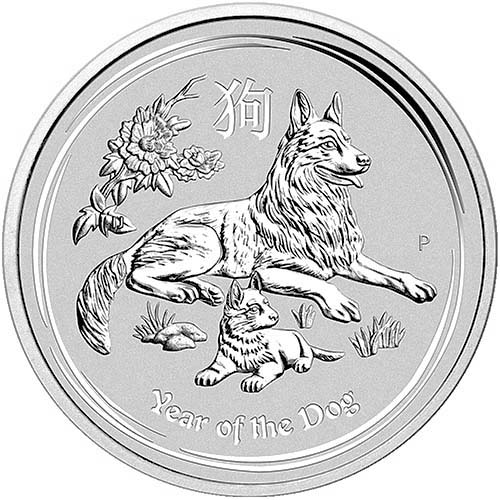 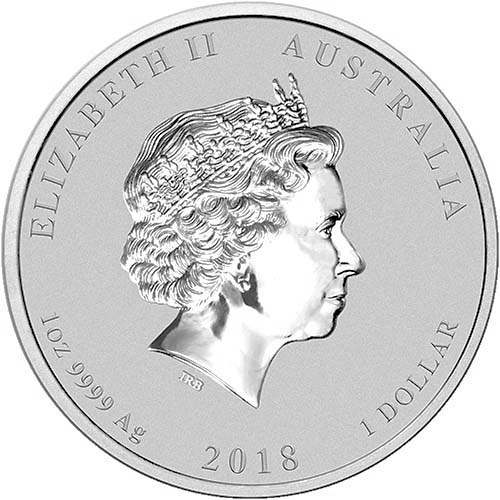 On the reverse of the 2018 1 oz Australian Silver Dog Coin you’ll find the image of an adult German Shepherd sitting in a field with a young pup in front of it. Chinese peony flowers hang in the background, and the Chinese character for dog is included on this side along with the “P” mint mark of Perth.

The obverse of all Australian Silver Dog coins includes the right-profile portrait of Queen Elizabeth II. Her Majesty’s effigy on this coin was created in 1998 by Ian Rank-Broadley and is the fourth-generation portrait of the Queen to feature during her reign.