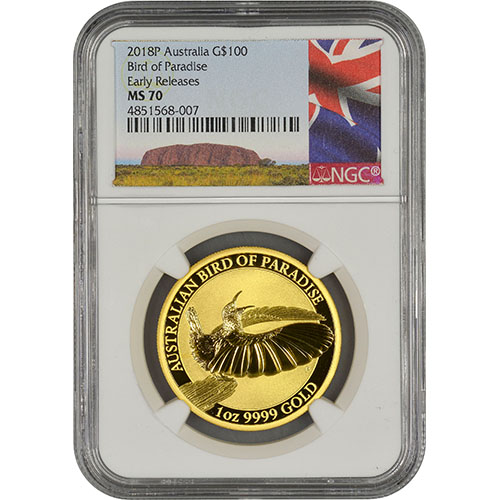 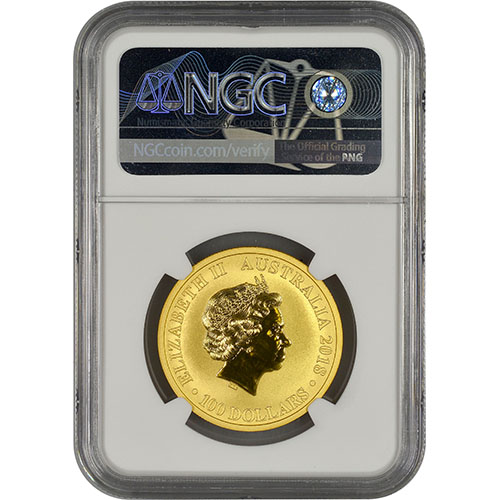 The Australian Bird of Paradise coin from the Perth Mint was introduced in 2018 as a silver or gold coin for sale. Both versions featured .9999 metal purity and shared the same beautiful design of a species known as the Bird of Paradise, Victorias riflebird, or duwuduwu. The 2018 1 oz Australian Gold Bird of Paradise Coin is currently available to you for purchase online from JM Bullion with perfect certification.

The Bird of Paradise is a species of native birds in New Guinea and parts of Indonesia and Australia. The males of species are particularly notable for bright plumage which includes elongated and elaborate feathers emanating from the beak, wings, tail, or head. The first European to set eyes on the Bird of Paradise was John Macgillivray.

Macgillivray was a Scottish naturalist who spotted the birds in the rainforests of what is now Queensland state in Australia. He saw them in 1848 and named them Victorias riflebird after both the reigning monarch of the UK, Queen Victoria I, and the members of the British Royal Armys Queens Riflemen Brigades who wore uniforms with similar colors.

On the reverse of all 2018 1 oz Australian Gold Bird of Paradise coins, youll find one of the members of this species with its elegant wings extended as it takes off from a broken branch. The Bird of Paradise actually consists of 42 species in 15 genera in the Paradisaeidae family.

The obverse of the 2018 Australian Gold Bird of Paradise coins features the right-profile portrait of Queen Elizabeth II. This is the fourth-generation effigy of Her Majesty to feature on British and Commonwealth coinage since 1952 and was designed by Ian Rank-Broadley in 1998.

These 2018 1 oz Australian Gold Bird of Paradise Coins earned Mint State 70 certifications from the NGC. An MS70 coin showcases full, original mint luster with no detracting flaws. The Early Release label is reserved for coins that arrived at the NGC within the first 30 days of their initial released ate.

We encourage JM Bullion customers to contact us with questions about these 1 oz gold coins. You can call us at 800-276-6508, chat with us live online through our web chat service, or simply send us an email.