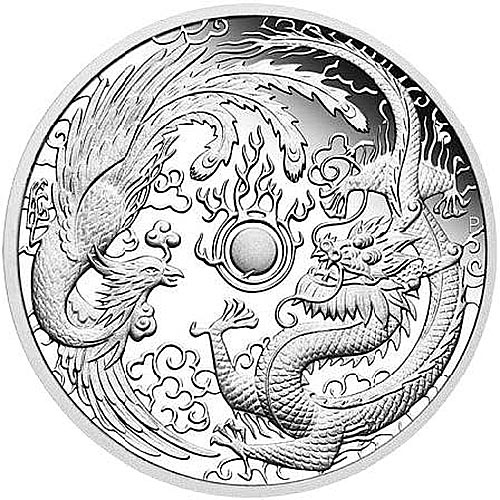 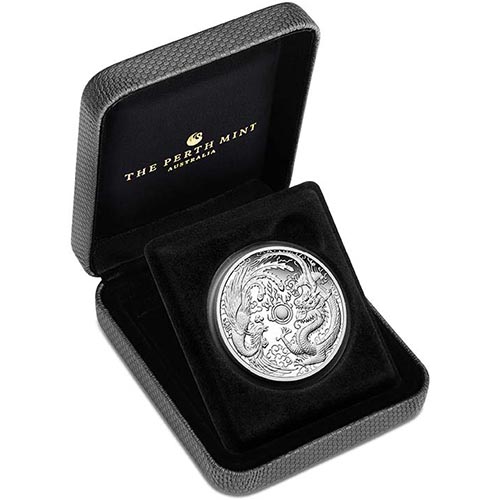 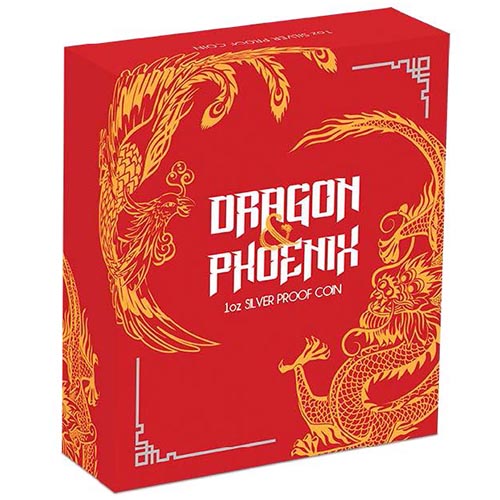 One of the new releases from the Perth Mint is the Dragon and Phoenix silver coin. Like the Dragon and Tiger coin, it presents different animals pertinent to Chinese culture in a yin-yang position on the reverse side of bullion coinage. Now, theres a proof version of the debut silver design. Right now, 2018 1 oz Proof Australian Dragon and Phoenix Silver Coins are available to purchase online from JM Bullion.

Each of the 2018 1 oz Proof Australian Dragon and Phoenix Silver Coins available to you today is housed within the classic black clamshell display box of the Perth Mint and comes complete with a velvet-lined interior. Further, the coins come with a Certificate of Authenticity and the case itself ships inside of a Dragon-and-Phoenix themed shipper.

The Dragon and Phoenix design is the first in a collection from Thomas Vaughan, who also created the second bullion release design in the Dragon and Tiger coinage as well. The dragon and phoenix are important to Chinese culture. A well-known symbol of power and strength, most people know the dragon. The phoenix is an immortal bird whose appearance in Chinese culture foreshadows the rise of a new emperor to power.

In general, a phoenix is an immortal bird that goes through cycles of life and death. When one bird dies in a spectacular fireball, a new bird rises from its ashes. In this manner, it is the perfect symbolism for a new emperor rising to power to replace an aging or lost leader.

On the reverse of the 2018 1 oz Proof Australian Dragon and Phoenix Silver Coin is the image of the dragon circling a flaming pearl while a phoenix circles the same pearl from the other side. The peal is viewed in Chinese culture as a metaphor for wisdom and enlightenment.

The obverse of the Proof Australian Dragon and Phoenix Silver Coins bears the likeness of Queen Elizabeth II. In this design, youll find the fourth-generation right-profile portrait of Her Majesty created in 1998 by Ian Rank-Broadley.

If you have any questions about the silver for sale here, please contact JM Bullion. Our customer service team is available to you at 800-276-6508, online using our live chat, and via our email address.